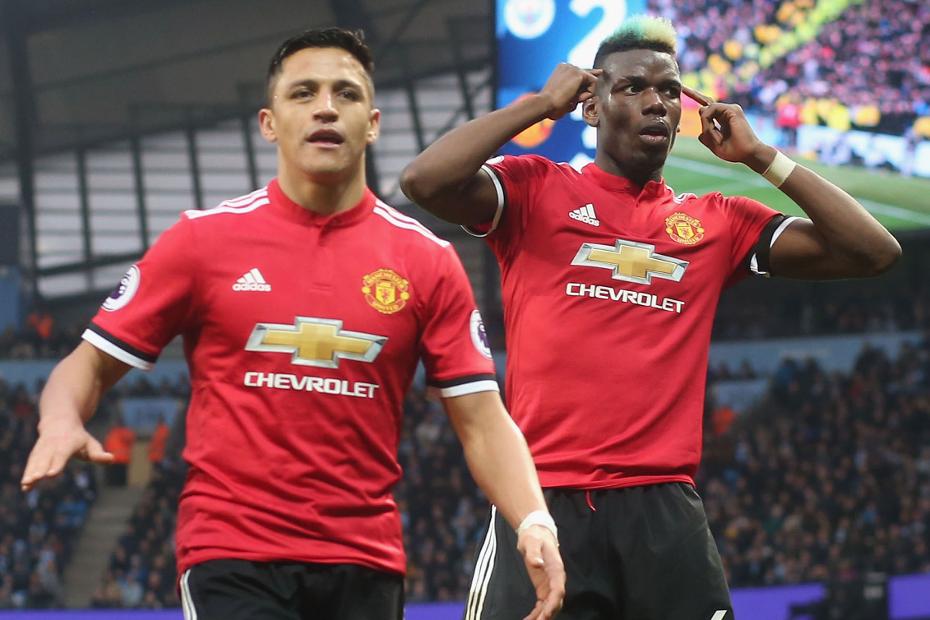 Finishing as runners-up in the Premier League last season represented a major step in the right direction for Manchester United.

But if there was a downside to what was a largely positive campaign, it was their lack of creativity compared with their closest rivals.

Sacrificing attacking flair for solidity, Jose Mourinho's team did not stretch opponents as frequently as the other top-six teams.

Man Utd's tally of 68 goals was six more than Chelsea but there was a far greater reliance on efficient finishing.

The Red Devils' 19.8 per cent conversion rate was bettered only by champions Manchester City.

In terms of creating opportunities, especially from open play, they were by some distance the sixth-most productive side in the division.

And given the amount of talent at their disposal, there is room for improvement in this department in 2018/19.

Each of the other teams who finished in the top six places had at least one playmaker who created more than 53 chances outside of set-piece situations.

United's chief creator was Juan Mata with 44. Although he started 23 matches his chances created was only four more than N'Golo Kante, the defensive midfielder for Chelsea.

Paul Pogba never settled into one defined midfield role, carving out 38 goalscoring chances. Anthony Martial, who struggled to hold down a regular place, was next in line with 32.

If he performs to his capabilities, Alexis Sanchez can become United's main chance-maker.

He created 22 opportunities from open play after joining from Arsenal in January, at a rate of 1.8 per match.

But that was still down on the 2.4 per match the forward made for the Gunners during the first half of the campaign.

As part of a more rigid United team the Chilean found it tougher to open up rival sides inside the final third.

Can Mourinho resolve this issue in his third season at the helm?

United clearly have the individual quality but tactical concessions will need to be made.

Encouraging the attackers to perform with more freedom would certainly help.

Another key to unlocking United's creative potential is finding a way to extract the best from Sanchez and Pogba within the same starting XI.

If the pair can click into top gear, United will start sweeping more teams aside with style as well as substance.