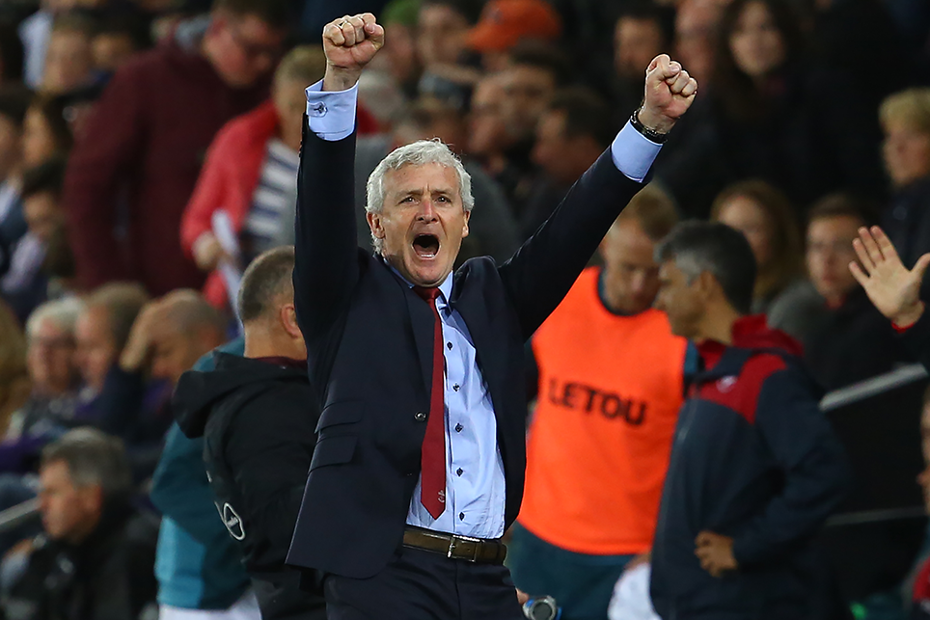 If Southampton start the season as they ended the last, they can be much-improved in 2018/19.

Saints secured their Premier League status for the upcoming campaign with eight points from four matches prior to the final day.

Indeed, the only PL matches they lost after Mark Hughes's first match in the competition as manager in March were courtesy of late goals against Arsenal, Chelsea and Manchester City.

But although he masterminded their escape from relegation Hughes has a number of issues to address in his first pre-season in charge.

In short, they made too many mistakes at the back, lacked creativity in midfield and were wasteful in front of goal.

From back to front the team needs to get better if they are to return to the top half of the table, where they had finished for the past four seasons in a row.

Southampton’s home form has been a concern for two consecutive seasons.

That dipped to 24 points and only 17 goals the following campaign under Claude Puel.

While their home goal tally rose to 20 they collected only 19 points, the second-lowest home return behind relegated West Bromwich Albion.

It is down to a combination of factors but a lack of tempo and cutting edge is perhaps the main issue.

Southampton have been neat and tidy in their play between both penalty boxes but creating and converting chances proved problematic. Too many of their passes were sideways and ineffective.

Their 11 per cent chance conversion rate was the second-lowest in the Premier League last season.

Only two PL teams took more passes than Southampton to score at home. On average they made 454 passes for each goal at St Mary’s Stadium.

Saints need to improve how they create and finish their chances.

Guido Carrillo, Shane Long, Nathan Redmond and Sofiane Boufal scored five goals between them with an average conversion rate of 5.75 per cent.

In comparison, the regular Premier League starters with the best conversion rates were Arsenal's Pierre-Emerick Aubameyang (41 per cent), Huddersfield Town's Laurent Depoitre (32 per cent) and Cenk Tosun of Everton (31 per cent).

They need help from players who offer speed, guile, and clinical finishing.

To this end Stuart Armstrong and Mohamed Elyounoussi might help.

By signing the two attacking midfielders this summer, Hughes has acquired positive players with drive and end product.

Armstrong suffered with injuries during 2017/18, but he showed what he is capable of with 17 goals for Celtic in the previous campaign.

Winger Elyounoussi, who can also play as a No 10, is quick and full of tricks. In some respects he is similar to former Saints and current Liverpool star Sadio Mane.

Both players will aid Saints creatively and make the team a more dangerous goal threat.

Another issue that affected Southampton last term was individual errors.

Eight different players were guilty of gifting at least one goal to opposition sides.

In 2016/17 Saints had been solid in this department, making only three individual slips that led to goals.

Hughes will look to improve all of the above ahead of his first full campaign as manager.

But if they can build up early momentum by performing with extra pace and taking the chances that fall their way, this could be a catalyst for happier times at St Mary's Stadium.

Part 1: Finishing touch can lift Crystal Palace
Part 2: Can Brighton deliver at set-pieces?
Part 3: Breaking down opponents the next step for Burnley
Part 4: Pogba and Sanchez key to United reaching top gear
Part 5: Huddersfield must aim high to progress
Part 6: Injection of pace could boost Watford's away form
Part 7: Ki to get Newcastle back in control
Part 8: Improving wing play the priority for Spurs
Part 10: Improvement in the air can lift Liverpool