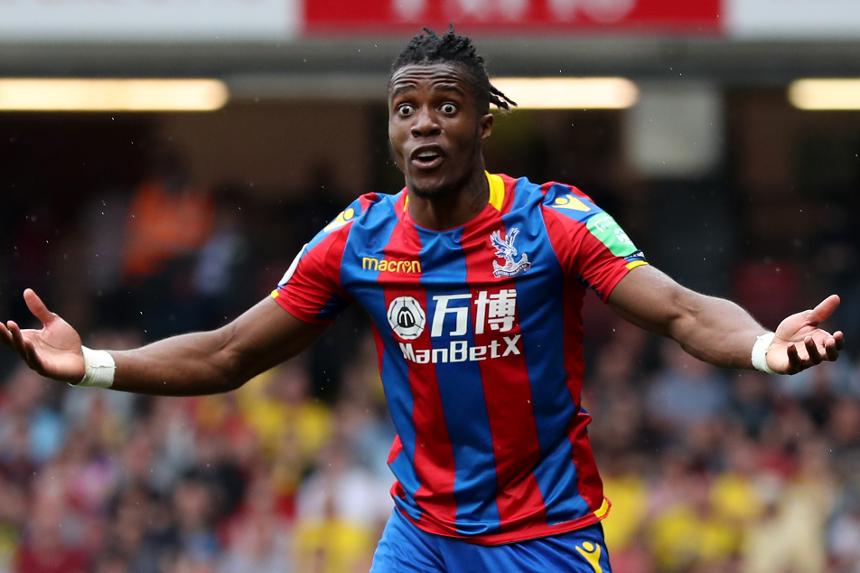 Adrian Clarke on one area Roy Hodgson's Eagles will look to address in 2018/19: missing big opportunities

But their turnaround could have been even better had they found a solution to their biggest issue: the failure to finish gilt-edged opportunities inside the box.

Palace had no problems creating chances but putting them away was more of a challenge.

Outside the teams who finished in the top six, Hodgson's side were the most wasteful Premier League team for big chances.

These are defined as chances a player is expected to score. Palace missed 54 of them.

That was 33 per cent worse than the next-closest team from outside the top six, Southampton.

Neither player is a natural goalscorer and many of the Eagles' misses were close-range headers placed off target.

Palace had 78 headed shots last season, the joint-third most in the league. But they scored from only four of them. Relegated Swansea City were the only side to score fewer, with three.

He can be a terrific Premier League striker on his day, but a dip in form from Christian Benteke had an impact on Palace.

The 27-year-old was unable to replicate his past prolific form from crosses into the area.

Benteke missed 20 big chances last season, a tally surpassed only by Mohamed Salah, who missed 23 but had 84 more shots than the Belgian.

The Palace striker finished the season with three goals from 31 appearances. His conversion rate of six per cent was significantly down on his ratio of 17 per cent and 20 per cent in the past two campaigns.

Hodgson will need to ease the burden on Zaha.

Palace failed to win any of their 10 matches last season when he was not in the starting line-up.

That average across the entire season would have given Palace 59 points, enough for seventh place and European qualification.

Zaha scored nine PL goals with an impressive 20 per cent conversion rate. This contrasts with Townsend, whose rate was five per cent, while January signing Alexander Sorloth is still seeking his first Palace goal.

If Benteke can rediscover his scoring touch and Palace create the same quality of chances, they should dramatically improve their goal tally in 2018/19 and avoid a repeat of last season's early fright.