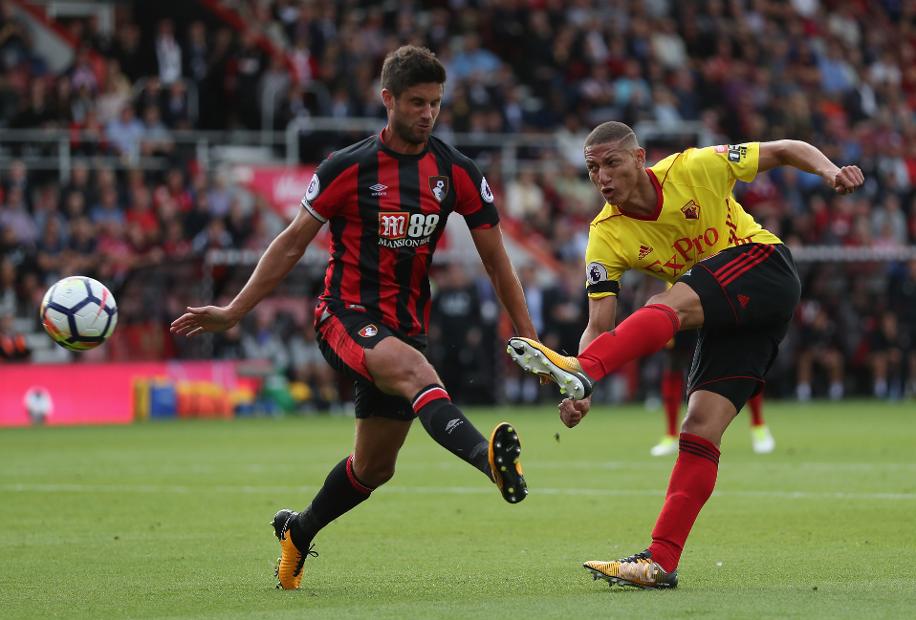 The Hornets struggled for away goals in the second half of last season. Adrian Clarke looks at how that can change

As he prepares his Watford team for the new season, one area Javier Gracia will be focusing on is an improvement in away form.

The head coach has yet to see his team score away from home in the Premier League since he took over at Vicarage Road in January.

This was despite Watford opening the season under Marco Silva with 15 goals from their opening seven away matches.

The Hornets were more dangerous under Silva, whose style fostered an average of 11.8 shots per away match, three higher than the 8.7 since his departure.

So what brought the change?

But there was a big drop in energy and movement in possession, which perhaps explains Watford's struggles away from Vicarage Road.

The Spaniard added an element of structure to the side but it was at the expense of qualities that had suited the team in the early weeks of 2017/18.

Gracia introduced a slower tempo, with fewer of the positional interchanges that had been the hallmark of Silva's tactical approach.

It made the Hornets predictable to defend against and opposing defenders were dragged out of position less often.

During 2017/18 the Hornets scored 12 away goals when the faster Gray led the line. His runs into the channels regularly helped Watford to stretch host teams.

Deeney v Gray away under Gracia

The Brazilian was in scintillating form early last season, especially on Watford's travels, where he made match-winning contributions.

Gracia used the 21-year-old no differently to Silva but Richarlison's performances dipped after Christmas.

Richarlison thrived alongside a striker of Gray's style. The Brazilian created 1.3 chances per 90 minutes away from home under Silva. This dropped to 0.5 under Gracia.

How should Gracia change his approach?

I feel that more pace needs to be injected into Watford's forward line. When they played with zest and freedom last term, they proved they could score goals on their travels.

The signing of the fleet-footed Swedish winger Ken Sema suggests that this issue is already being addressed.

Part 1: Finishing touch can lift Crystal Palace
Part 2: Can Brighton deliver at set-pieces?
Part 3: Breaking down opponents the next step for Burnley
Part 4: Pogba and Sanchez key to United reaching top gear
Part 5: Huddersfield must aim high to progress
Part 7: Ki to get Newcastle back in control
Part 8: Improving wing play the priority for Spurs
Part 9: Midfield pair can boost Hughes' resurgence
Part 10: Improvement in the air can lift Liverpool