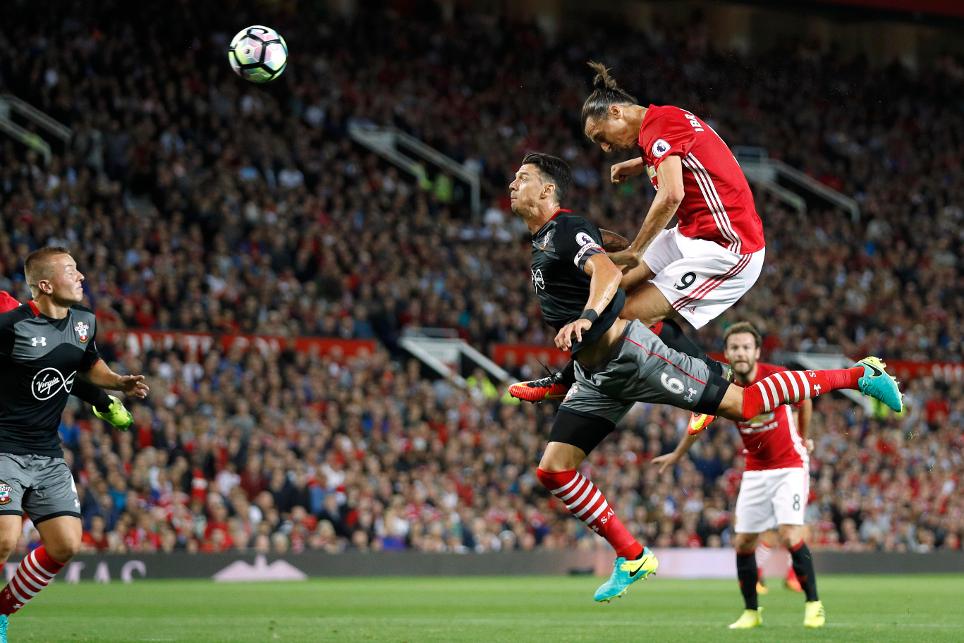 Ibrahimovic, on his home debut in the English top flight, struck with a 36th-minute header and a second-half penalty to ensure Mourinho’s first match in charge at Old Trafford resulted in victory.

United, for whom Paul Pogba made his first start since rejoining the club from Juventus, gave a commanding performance with the Frenchman, Ibrahimovic and Wayne Rooney all playing significant roles.

Though the Saints create chances in the first half with Shane Long threatening twice, firstly with a shot on the turn on 26 minutes that rippled the side-netting, and then with a scuffed effort with his left foot which he perhaps took too early after being put through by Dusan Tadic they fell behind when Ibrahimovic met Rooney's deep cross with a thumping header

The travelling supporters thought they were back in it when Tadic scored with a header of his own four minutes after the interval but the attempt was ruled out for offside, and within two minutes the visitors were two down.

Jordi Clasie, on for the injured Romeu, tripped Luke Shaw as the full-back raced into the area, and Ibrahimovic did the rest from the spot.