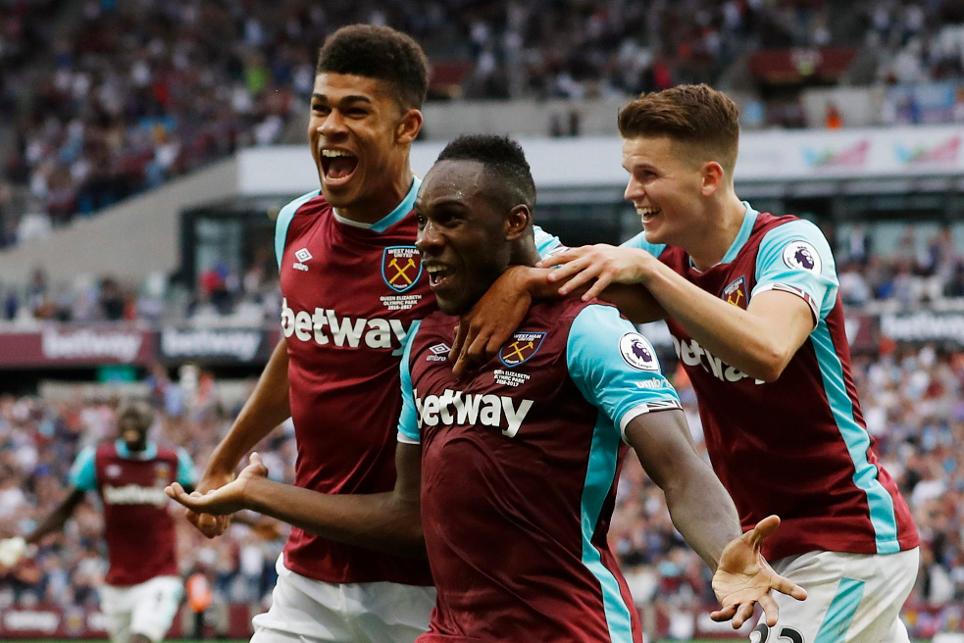 The winger, deployed at right-back in the opening weekend defeat at Chelsea, capitalised on his advanced position in the absence of injured Dimitri Payet by heading in from a few yards out after Gokhan Tore’s cross over goalkeeper Artur Boruc.

AFC Bournemouth had been on course to hold firm in West Ham’s first home league match since moving to their spectacular new venue from the Boleyn Ground, but Harry Arter was sent off in the 78th minute and West Ham took advantage to claim their first points of the season.

With Andy Carroll and Payet missing from West Ham’s matchday squad through injury, the hosts created few clear-cut chances in the first half.

Tore hit the wall with a free-kick just outside the area and Enner Valencia stung the fingertips of Boruc from an acute angle.

The match opened up, with Tore volleying just wide of Boruc’s near post before Arter’s second yellow card, for hauling down Cheikhou Kouyate, with 12 minutes left.

West Ham capitalised with Antonio heading in, before Adrian’s fine reflex save from King’s volley denied the visitors an equaliser in stoppage time.

Substitute Jonathan Calleri fired wide after being put clean through on the counter-attack, with the Cherries piling players forward, but the victory was secured in front of over 57,000 fans at the London Stadium.