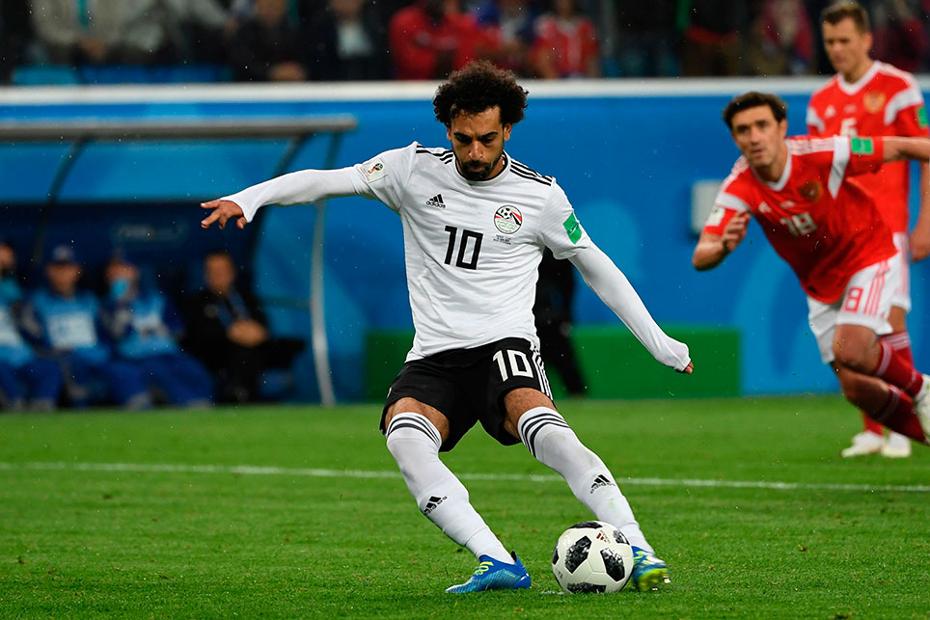 Mohamed Salah returned from injury to score for Egypt at the 2018 FIFA World Cup but his side are on the brink of elimination following their 3-1 loss to Russia in St Petersburg.

The Liverpool forward had missed the Pharoahs’ opening match with a shoulder problem sustained in the Reds' UEFA Champions League final defeat by Real Madrid last month, but returned to win and score a penalty against the tournament hosts.

Unfortunately for Salah it proved too little too late as Russia were already three goals to the good and saw out a 3-1 win thanks to goals by Denis Cheryshev, Artem Dzyuba and an Ahmed Fathi own goal.

Egypt have suffered two defeats so far and next face Saudi Arabia in Volgograd on 25 June.

There were better fortunes for Salah’s club-mate Sadio Mane, who captained Senegal to a 2-1 victory over Poland in their first group match in Moscow.

Mane was involved in the opening goal when he set up Everton midfielder Idrissa Gueye for a shot that took a wicked deflection off Thiago Cianek.

M’baye Niang, the former Watford forward, doubled Senegal’s lead on the hour before Grzegorz Krychowiak, who was on loan at West Bromwich Albion last season, headed in Poland’s late consolation.

Japan won 2-1 against Colombia, who were reduced to 10 men when Carlos Sanchez was sent off early on.

Shinji Kagawa, once of Manchester United, scored the resultant penalty and Yuyo Osako the winner after Juan Quintero had levelled with a free-kick.

Japan next encounter Senegal in Ekaterinburg on 24 June.