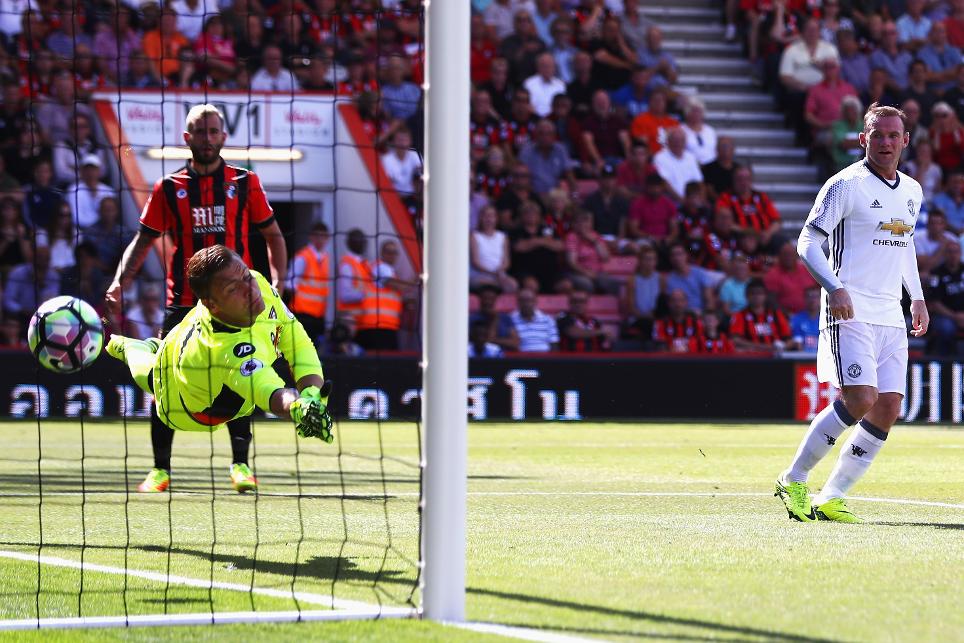 Rooney: More to come from us External Link

With his goal in Manchester United’s 3-1 win over AFC Bournemouth, Wayne Rooney moved into joint first for the number of away goals scored in Premier League history.

The header that put United 2-0 up at Vitality Stadium was his 87th overall away from home in the competition and moved him level with Alan Shearer, the PL’s leading scorer with 260 goals.

The goal was Rooney’s first at Vitality Stadium and reduces to nine the opposing grounds where he has failed to score in the Premier League.

He has a chance to end that drought at three of them this season.

Stoke City’s bet365 Stadium, Burnley’s Turf Moor and Swansea City’s Liberty Stadium have been joyless for the United captain in terms of goals.

In contrast, two away stadiums where he has had most joy will not be on his radar this season. At Newcastle United’s St James Park, Rooney has eight goals from 11 matches, but the Magpies are in the Championship this season.

The Boleyn Ground, West Ham United’s home until last season, was the scene of seven goals in nine matches by Rooney, who will be hoping to continue his success at West Ham United at their new London Stadium, when Man Utd travel to on 2 January.