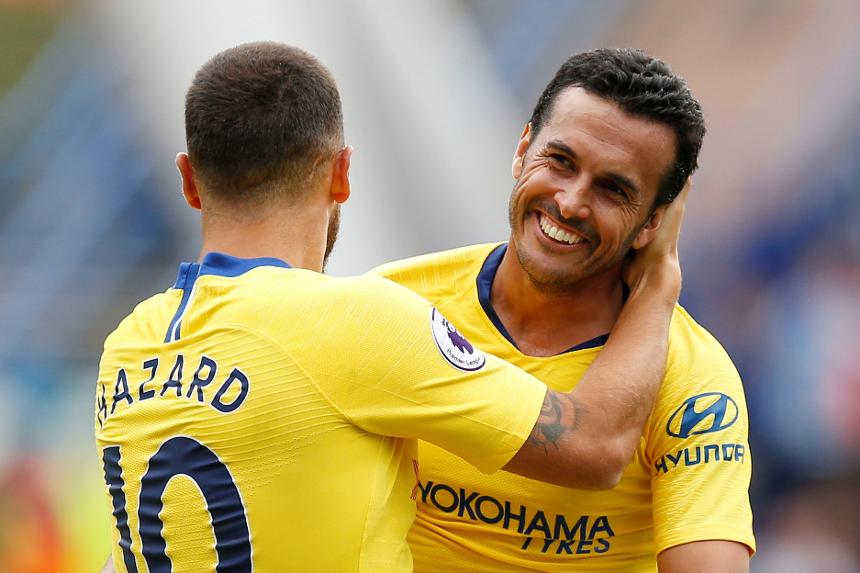 Huddersfield Town striker Steve Mounie then headed against a post before Jorginho doubled Chelsea's lead in the last minute of the first half.

The summer signing converted from the penalty spot after Marcos Alonso had been fouled by Christopher Schindler.

Eden Hazard came off the bench to assist Pedro in the second half, while new Chelsea goalkeeper Kepa Arrizabalaga earned a clean sheet on debut at John Smith's Stadium.