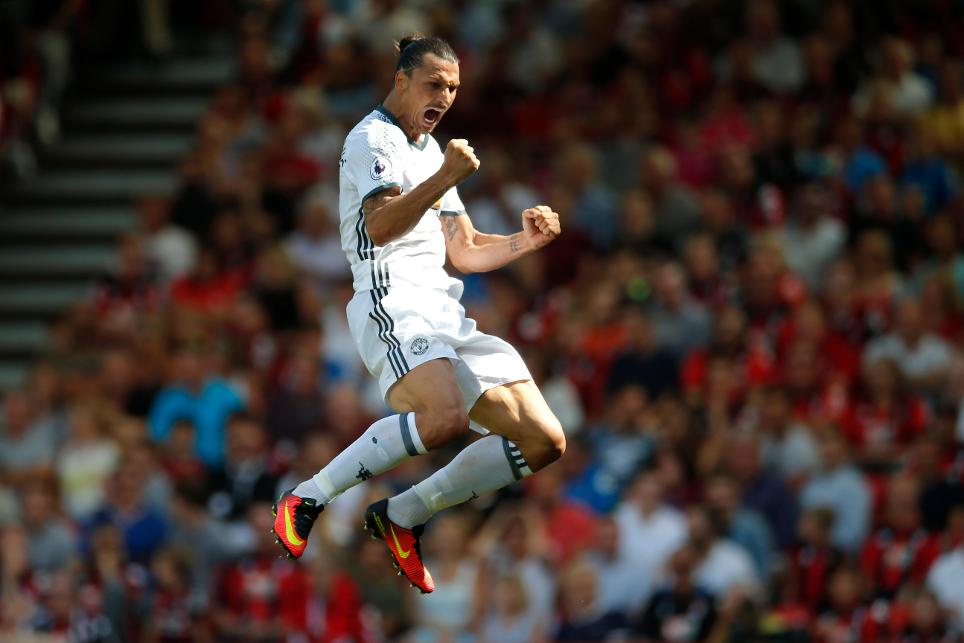 Rooney: More to come from us External Link

Zlatan Ibrahimovic marked his Premier League debut with a spectacular goal as Manchester United started the season with a 3-1 win at AFC Bournemouth.

The striker expertly arrowed a 30-yard strike into the bottom left corner of the goal 64 minutes into his first match in English league football.

Callum Wilson, who was ruled out from September to April last season after a blistering start to his Premier League career, shot wide after Luke Shaw’s poor control allowed him to pounce, but the visitors struck first.

Juan Mata put Jose Mourinho on course for a victory in his first league match as Man Utd manager shortly before half-time.

The ball bobbled off AFC Bournemouth captain Simon Francis, who had played Mata in with an underhit backpass in the same passage of play, and the Spaniard tapped into an empty net.

An acrobatic flick from Ibrahimovic nearly allowed Wayne Rooney to add a second, but he did not need to wait long to get on the scoresheet, heading across Boruc after Anthony Martial’s scuffed volley bounced into his path.

Then, moments after having a free-kick saved brilliantly by Boruc, Ibrahimovic struck.

Adam Smith scored a fine goal of his own to give the hosts hope, firing into the top corner from just inside the penalty area after substitute Lewis Grabban’s clever pass.

But it was just a consolation as former Chelsea manager Mourinho enjoyed a fine start to his tenure at Man Utd.