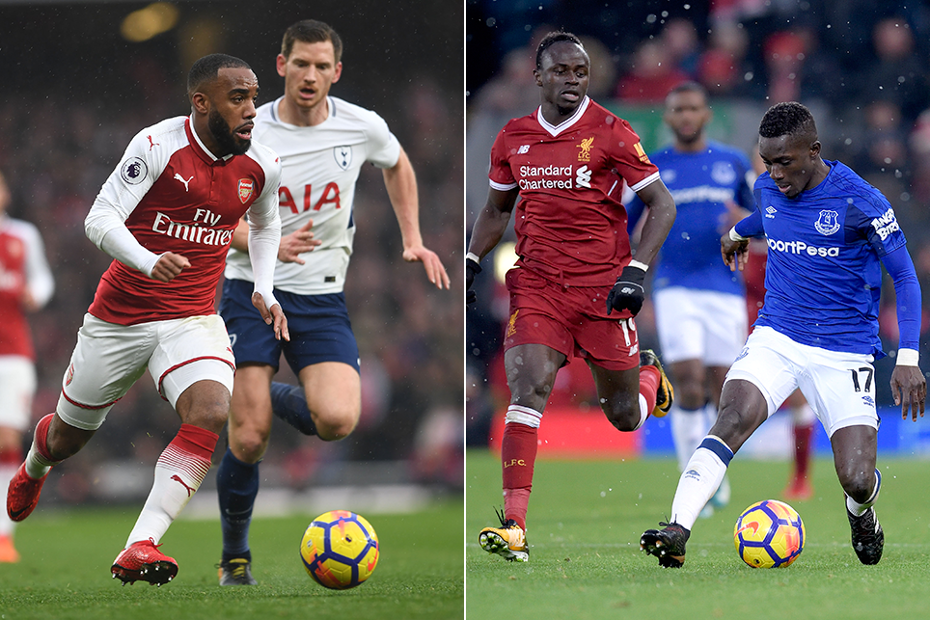 Arsenal face Spurs, Liverpool meet Everton and Chelsea host Fulham all in the same Matchweek in 2018/19

The 2018/19 Premier League season will have a triple-derby weekend on two occasions.

On 1 December, Unai Emery experiences his first north London derby as his Arsenal side host Tottenham Hotspur at Emirates Stadium.

On the same weekend in west London, Fulham make the short journey to Stamford Bridge to face Chelsea, while at Anfield, the first Merseyside derby takes place.

New Everton manager Marco Silva will cross Stanley Park for the first time looking to get the Toffees' first PL win away to Liverpool since 1999.

Three weeks before, Manchester City will be looking to avenge the 3-2 home defeat by Manchester United that delayed their title celebrations as the first Manchester derby is held at Etihad Stadium on 10 November.

There are six London teams this season so there will be plenty of cross-city derbies.

Fulham's first two opponents after promotion are from the capital, with Crystal Palace visiting Craven Cottage before Slavisa Jokanovic's men travel to Spurs.

Chelsea face Arsenal at Stamford Bridge in their second match, on 18 August.

Liverpool v Manchester United is one of the competition's great fixtures and the first encounter is at Anfield on 15 December, before Jose Mourinho's men greet Jurgen Klopp's side in the reverse fixture on 23 February.