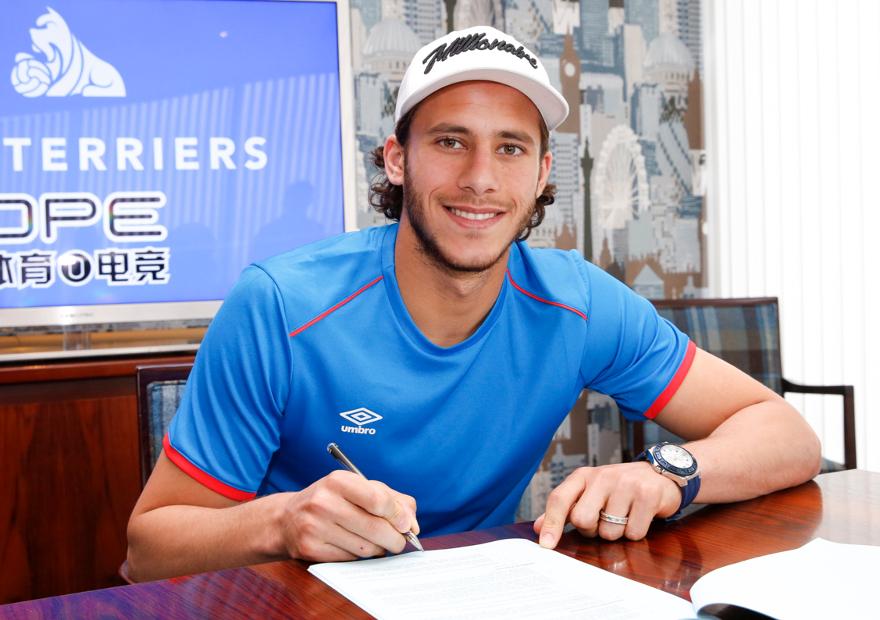 Huddersfield Town have agreed the signing of Ramadan Sobhi from Stoke City for an undisclosed fee.

The Egypt winger will join Huddersfield on a three-year deal following the conclusion of the 2018 FIFA World Cup.

He follows Ben Hamer, from Leicester City, and Terence Kongolo, whose loan from Monaco was made permanent, as the Terriers' third summer signing.

"He already has a lot of the qualities that we look for in our 'Terriers Identity'," head coach David Wagner told the club's official website.

"He’s skilful, direct and very quick-thinking. He still has a lot of space to improve too, which is very exciting."

Sobhi made 41 Premier League appearances since joining Stoke from Al Ahly in the summer of 2016.

The 21-year-old has scored two goals, including against Huddersfield, and provided one assist.

He is part of Egypt's squad at the 2018 FIFA World Cup in Russia.