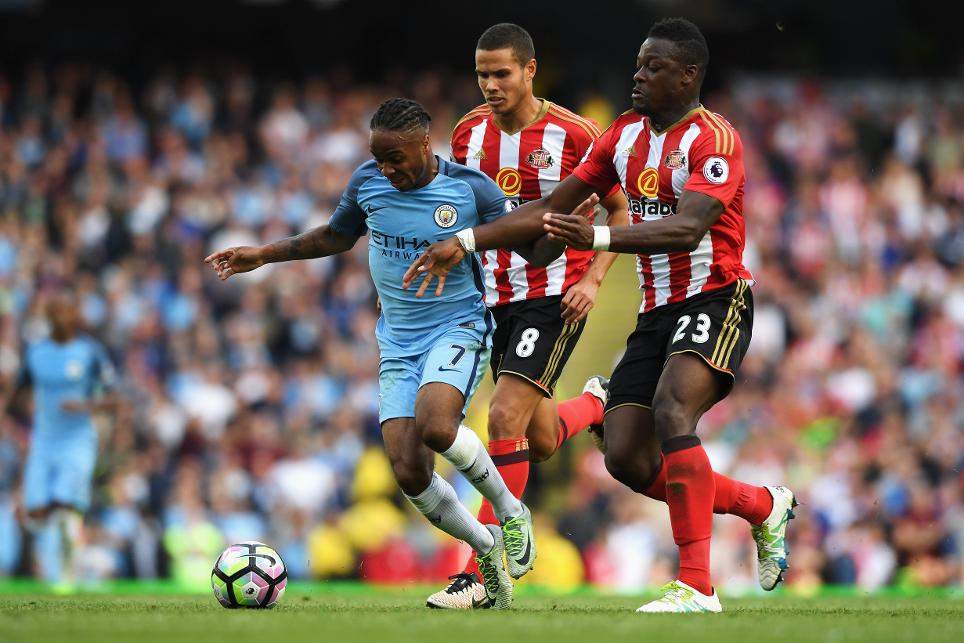 Pep Guardiola praised the performance of Raheem Sterling against Sunderland after getting off to a winning start in the Premier League with Manchester City.

Sterling won a fourth-minute penalty that Sergio Aguero converted, and he was dangerous throughout the match as Man City won 2-1, with Paddy McNair’s own goal securing victory after Jermain Defoe’s equaliser.

Reflecting on Sterling’s display, Guardiola told mancity.com: "He played amazing. We need people who stay wide, go to the byline or go inside. That is so important. He’s a fighter.

“Of course we want more of him, but I’m very happy, he’s a very nice guy. We want to help him to see the real Sterling."

Defoe’s second-half strike put Sunderland on course for a point in David Moyes’ first league match with the Black Cats, and the manager was happy with his team’s efforts.

“We can take positives from the performance because we did an awful lot of good things today,” Moyes told safc.com.

“We're disappointed we didn't take a point, which everyone would have said would have been a really good result.