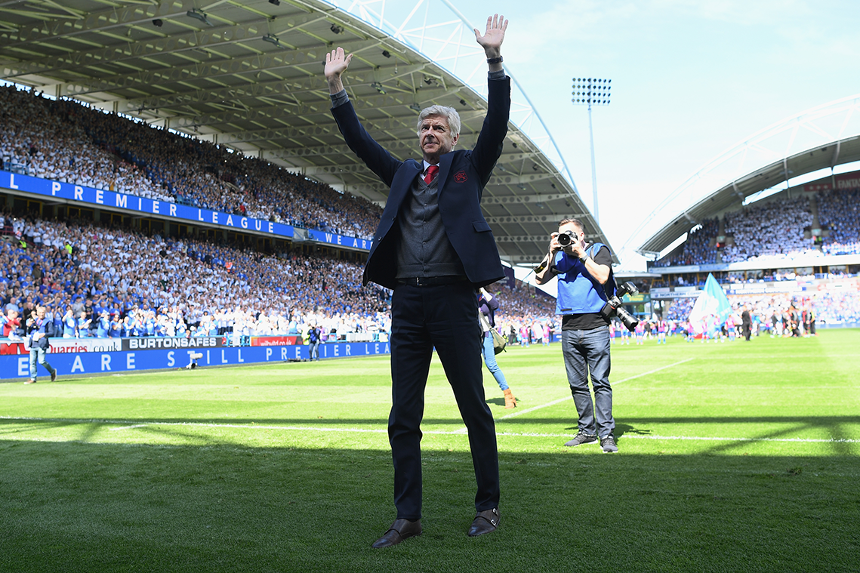 ‘In not a lot of time, the boss taught me a lot’ External Link

‘It’s been a pleasure, an honour to play for him' External Link

Arsene Wenger not only ended his 22-season reign as Arsenal manager with an away victory, he also signed off by breaking a Premier League record.

Arsenal's 1-0 win at Huddersfield Town was Wenger's 486th in the Premier League, but his first at the John Smith's Stadium.

It became the 48th ground at which the Frenchman earned three points, setting a new mark for managerial victories at the most different stadiums in the Premier League.

This eclipsed the 47 stadiums at which Sir Alex Ferguson claimed victory with Manchester United.

There are only six stadiums where Wenger has failed to emerge triumphant, while Ferguson had five bogey grounds in the competition.

The common ground at which neither won was Roker Park, Sunderland's old stadium.