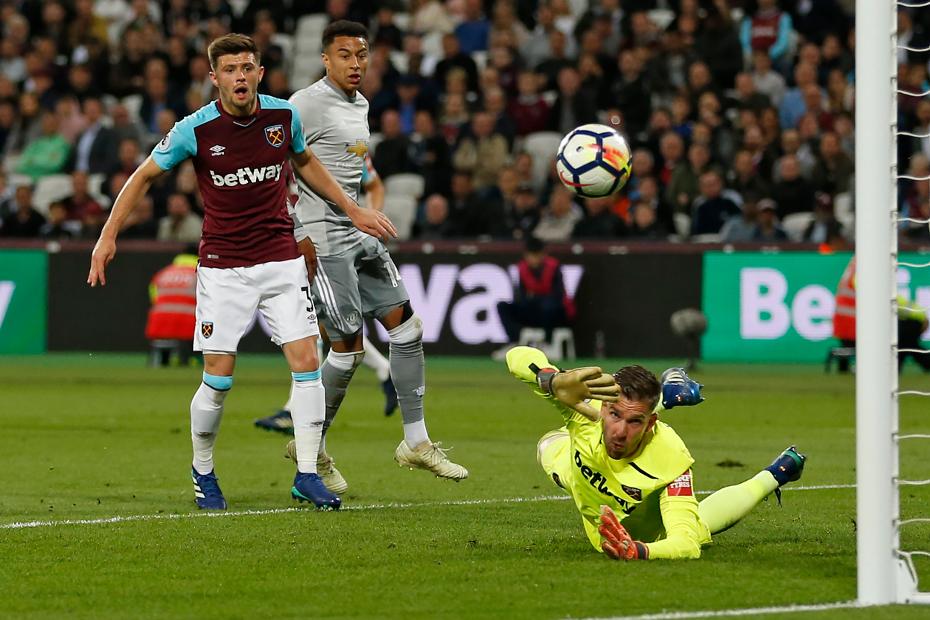 Manchester United will finish as runners-up to Manchester City after West Ham United goalkeeper Adrian limited them to a goalless draw at London Stadium.

The Red Devils are four points ahead of Tottenham Hotspur, in third, after the stalemate in their penultimate match of the Premier League campaign.

It was also the 18th clean sheet of the season for Man Utd's David De Gea, earning him the Golden Glove award, but it was his opposite number who was the busier 'keeper on the night.

Adrian produced several saves in a fine first-half display, superbly palming away an Alexis Sanchez strike before he diverted Luke Shaw's follow-up on to the post.

After the break, Paul Pogba and Chris Smalling headed wide from close range, while Marko Arnautovic missed the target with a volley.

The result leaves West Ham in 15th on 39 points, only two points adrift of Newcastle United in 10th.