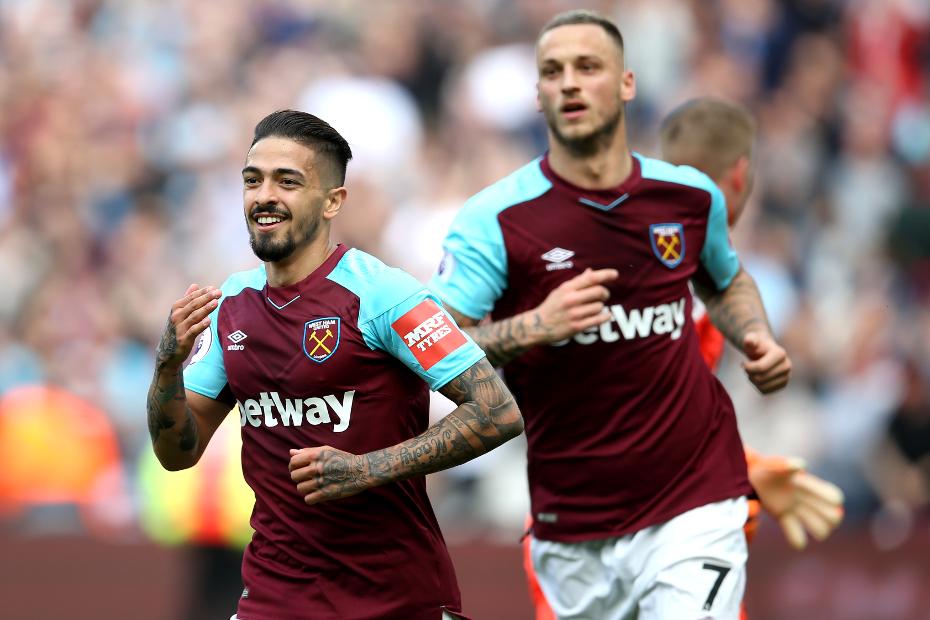 Manuel Lanzini scored twice as West Ham United finished the season with a 3-1 win over Everton.

The midfielder opened the scoring from the edge of the area on 39 minutes after latching on to Marko Arnautovic's flick of a Cheikhou Kouyate pass.

Arnautovic doubled the lead in the 63rd minute with a fierce shot for his 11th goal of the season.

Oumar Niasse gave Everton hope a minute after hitting the post when he pulled one back from close range.

But Lanzini ensured a first PL win for manager David Moyes over his former club with a curling finish from Pablo Zabaleta's pass.

The victory took West Ham up to 13th place, while Everton finish eighth.