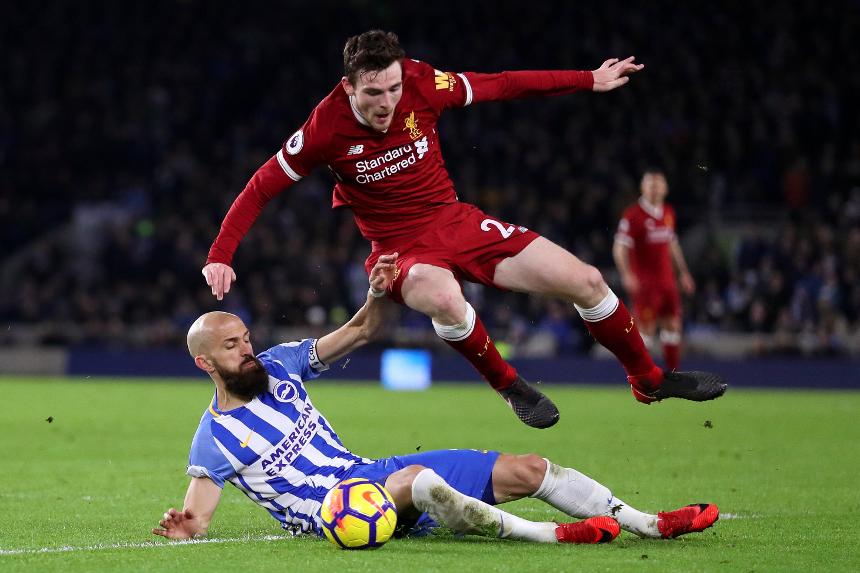 Adam Lallana could feature for Liverpool having fully recovered from a hamstring injury sustained in March.

Liverpool are unbeaten in their last 21 home Premier League matches against promoted sides (W16 D5), ever since a 2-1 loss to Blackpool in 2010/11.

If the Reds avoid defeat, it will be the seventh time they have remained unbeaten at home across an entire top-flight campaign, more than any other side.

Mohamed Salah still needs one goal to set a record for most goals in a 38-match PL season. However, the Egyptian has not scored in two consecutive matches for only the second time this season.

Glenn Murray has been directly involved in a goal in all three of his PL meetings with Liverpool, scoring twice and assisting another.

Liverpool: Salah: This is just the start
Brighton: "We'll have to defend very well"