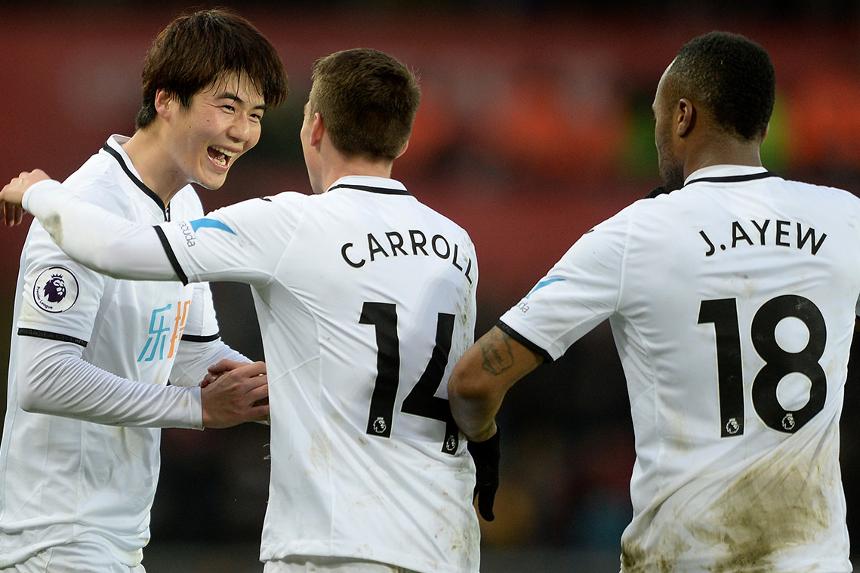 Ahead of crucial visit of Southampton, Swansea City manager says his side can beat relegation rivals if they show enough belief

Carlos Carvalhal has urged his side to be masters of their own fate when Swansea City host Southampton in their crucial Premier League encounter this evening.

Swansea lie third from bottom, behind their opponents on goal difference only.

A win in the 19:45 BST kick-off would take them three points clear of the relegation zone with one match remaining, at home to Stoke City.

"My target now is to try to get the players to believe in themselves and believe in their colleagues," Carvalhal told Swansea's official website.

"I would be talking in a completely different way if, for example, we had to win on Tuesday and then had to wait for two or three other results to go our way.

"That would be a really bad situation for us. But when it is in your hands to do it, you can just concentrate on doing it."