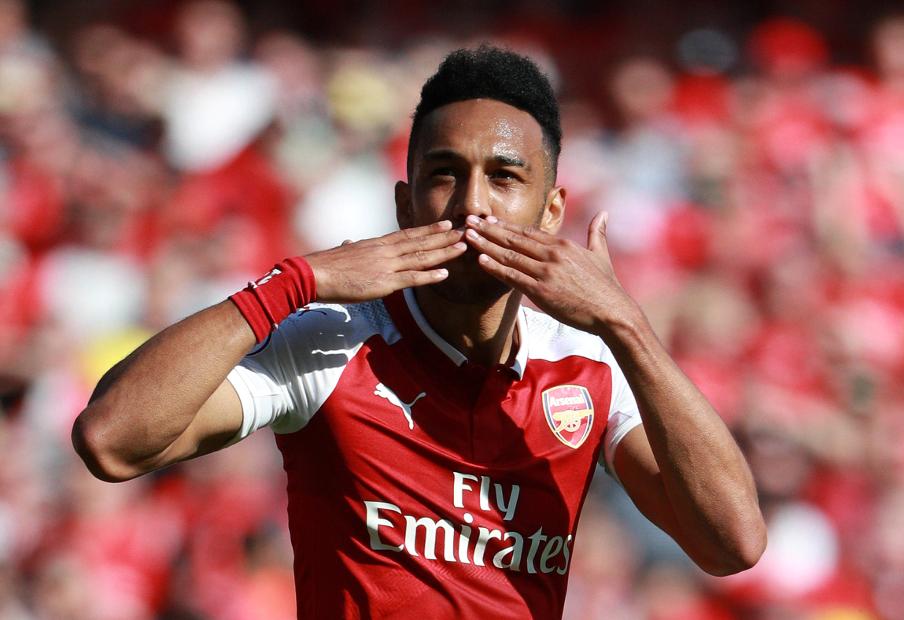 More than quarter of a million managers sold weekend's top points scorer, says The Scout, with many going for Kane and Jesus

'The boss is a father figure to all of us' External Link
Arsene Wenger's Emirates Stadium farewell
GW37 Bonus points: Defences on top

More than a quarter of a million Fantasy Premier League managers will be wishing they could turn back time and kept their faith in Pierre-Emerick Aubameyang (£10.7m).

The Arsenal striker is set to be Gameweek 37’s big points scorer, just days on from being cast aside by so many in FPL.

Aubameyang's brace in Sunday’s victory over Burnley delivered 16 points, his biggest tally of the season.

But Fantasy interest in him peaked in Gameweek 35, when many managers turned to him with their Free Hit chip.

However, a 20-minute appearance from the bench in the 4-1 victory over West Ham United, where the 13 points of Alexandre Lacazette (£10.3m) stole the show, led to a loss of faith.

Since then more than 263,000 FPL managers decided not to retain Aubameyang's services.

But the Tottenham Hotspur and Manchester City strikers scored just two points apiece in the first of their two Gameweek fixtures.

Even the 674,000 who kept the faith with Aubameyang were hesitant on his prospects. Only 15.4 per cent of them handed him the captaincy.

A mere 2.1 per cent of the Triple Captain chips in play were also trusted on the Arsenal striker.

This presents a stark contrast to the 49.3 per cent and 19.4 per cent committed to Kane and Jesus respectively.

Aubameyang is already an unexpected differential in a Gameweek where Spurs and Man City players were billed as potential big scorers.

That could still prove the case with midweek fixtures left to play. Aubameyang has the early advantage and will face Leicester City on Wednesday having scored 6.5 points per match (ppm) this season.

That rate betters both Kane, with 5.7ppm and Jesus, with 4.4ppm.

Forwards by FPL points per match