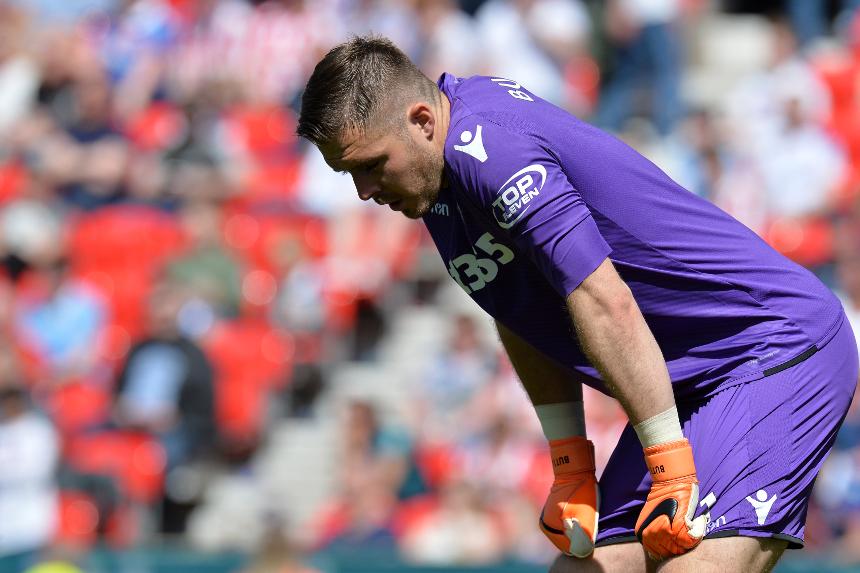 SHAWCROSS: WE WILL BE BACK External Link

Stoke City's 10-year stay in the Premier League is over after Crystal Palace came from behind to beat them 2-1 at bet365 Stadium.

Xherdan Shaqiri put Stoke ahead with a free-kick just before half-time but two goals in the final 22 minutes from James McArthur and Patrick van Aanholt sealed Stoke's fate.

The Potters are now bottom, after West Bromwich Albion's win over Tottenham Hotspur, and three points from safety with one match to play, and with no way of moving above both Southampton and Swansea City.

Paul Lambert took charge in January with Stoke in 18th place and although he won his first match, he could not lead the club to safety.

They have not won since that victory over Huddersfield Town, picking up seven points in the 13 matches since.

The win for 11th-placed Crystal Palace means they have secured their PL status.