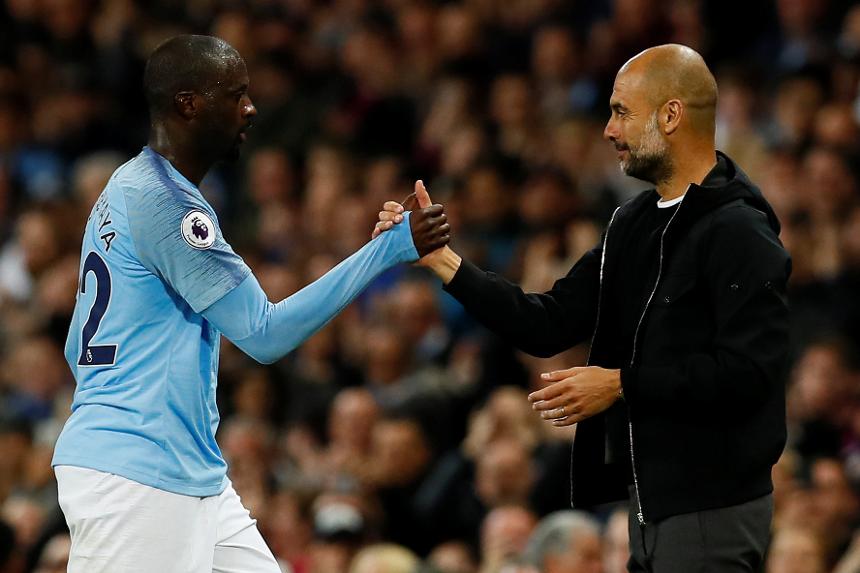 Yaya Toure captained City in his final home match and led the champions out to a guard of honour from the Seagulls.

Danilo gave City the lead on 16 minutes with a composed finish beyond Mat Ryan.

Four minutes later, Brighton equalised when Davy Propper caught Claudio Bravo off his line and crossed for Leonardo Ulloa to head in.

Bernardo Silva restored City's lead with their 104th goal of the campaign, breaking Chelsea's 2009/10 record for most goals in a single season.

Leroy Sane got his third assist of the night on 72 minutes, crossing for Fernandinho to score from the edge of the area.

Victory gave City a 31st win, 97 points and 105 goals, all of which are PL single-season highs.