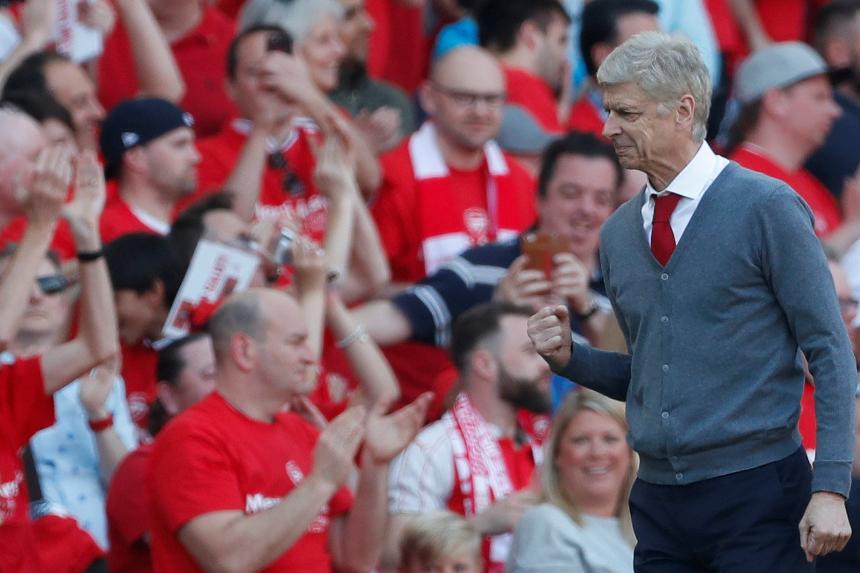 Arsene Wenger signed off at Emirates Stadium with a stylish win in his final home match for Arsenal as they beat Burnley 5-0.

Pierre-Emerick Aubameyang finished off Alexandre Lacazette’s cross on 14 minutes to open the scoring.

Arsenal doubled their lead in first-half stoppage time through a similar goal.

This time Hector Bellerin’s cross was volleyed in by Lacazette.

Sead Kolasinac made it 3-0 shortly after half-time with a fierce drive and 10 minutes later it was 4-0 thanks to Alex Iwobi's high finish.

The win sealed a sixth-placed finish for Arsenal and qualification for the UEFA Europa League group stage.

Burnley remain seventh and will also be in the Europa League but from the second qualifying round.