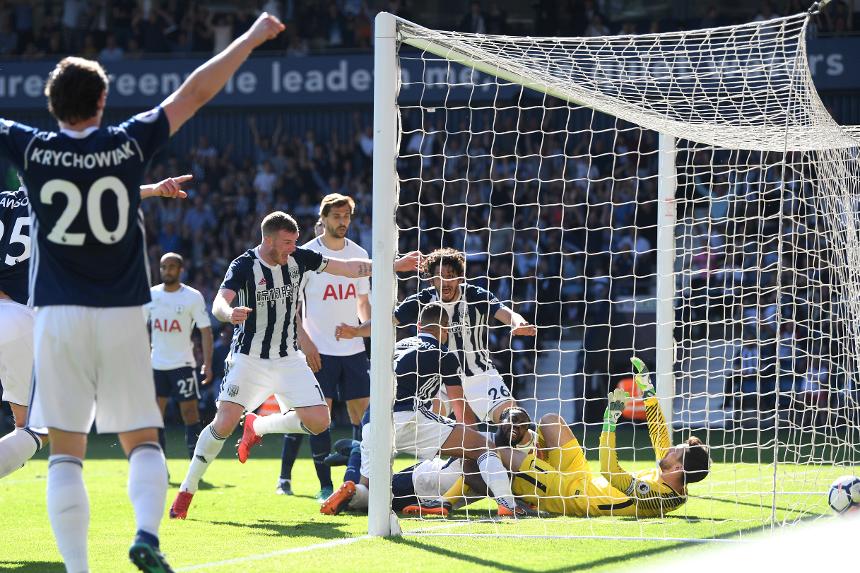 West Bromwich Albion kept alive their hopes of a dramatic escape from relegation with a last-gasp 1-0 win over Tottenham Hotspur.

Jake Livermore got the winner at The Hawthorns in the second minute of stoppage time to lift the Baggies to 19th, two points behind 17th-placed Swansea City who lost at AFC Bournemouth.

In the first half, Ben Foster saved well from Victor Wanyama and Harry Kane, who nearly scored an own goal after the break.

Knowing only a win would prevent them from going down, West Brom went on the front foot and were rewarded.

In a goalmouth scramble from a corner, Livermore pounced to extend Darren Moore's unbeaten run as caretaker manager to five matches.

Spurs remain fourth, five points ahead of Chelsea, who host Liverpool on Sunday.