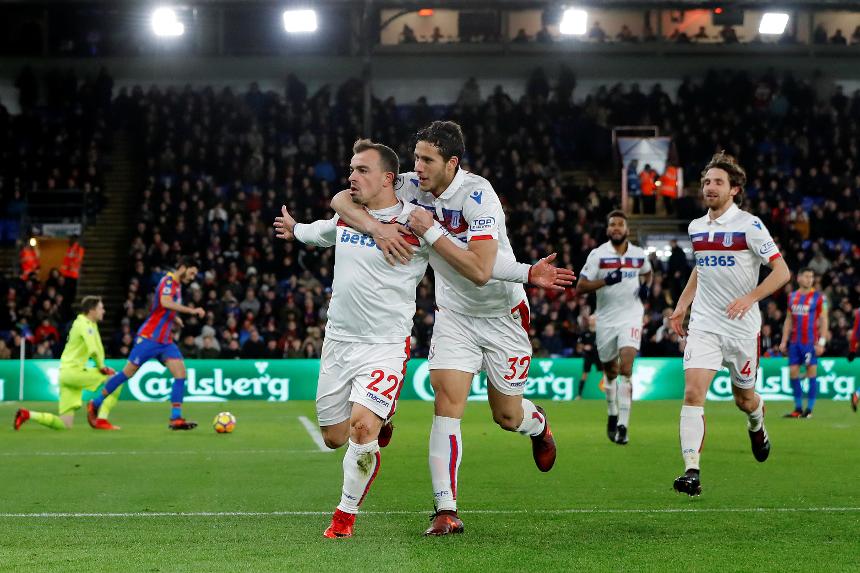 Stoke City defender Bruno Martins Indi will miss the match after failing to shake off a knock, while Eric Maxim Choupo-Moting (groin) and Konstantinos Stafylidis (rib) are still out of action.

Jese Rodriguez's loan spell with the Potters has ended, with the forward being granted compassionate leave.

Crystal Palace captain Jason Puncheon (knee) will return to training on Friday, having last played in December, and Connor Wickham is expected to join him after missing Thursday's session with a calf problem.

Stoke City have won only two of their nine Premier League meetings with Crystal Palace. But they were both at home, in their first such meeting (2-1 in August 2013) and their most recent encounter at bet365 Stadium (1-0 in February 2017).

Crystal Palace have won six of their nine PL matches against the Potters (D1 L2); against no side have they won more in the competition.

The Eagles have kept a clean sheet in each of their last two PL matches, last keeping three in a row in March 2017.

After ending a nine-match goal drought against Leicester City, Palace's Christian Benteke will be aiming to score in consecutive PL matches for the first time since April 2017.