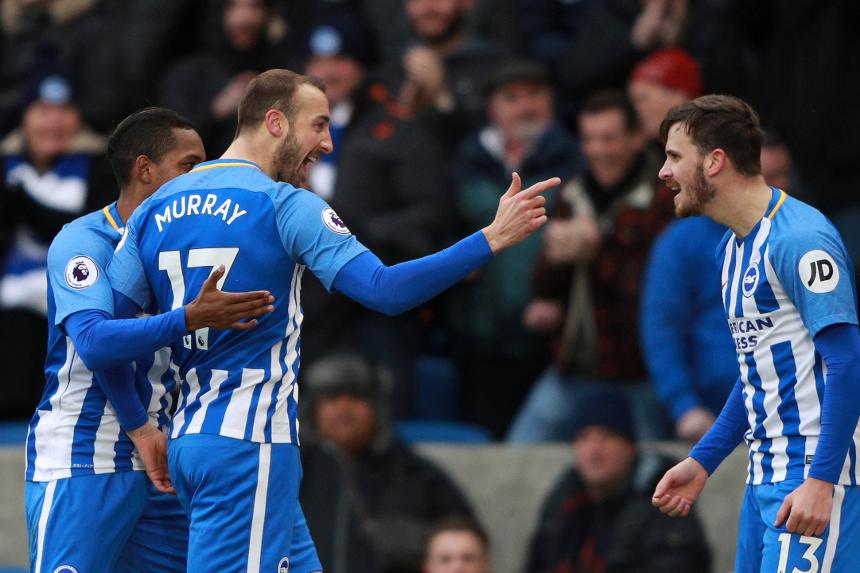 For the record: Premier League facts and figures External Link

Bruno: We know what to expect External Link

The main role of strikers is to score goals and there are few as clinical in the Premier League as Glenn Murray.

The Brighton & Hove Albion forward is the club's top scorer with 12 goals, double the total of his nearest team-mate.

Like most strikers, Murray also creates opportunities for others. It is just that no team-mate has been able to convert one.

Murray has yet to assist a single goal this season but it is not for want of trying.

Only four team-mates have created more chances than Murray's 16, two of which were big chances

It makes him the highest-scoring player in a single season without assisting a goal since Demba Ba in 2012/13.

The Senegalese forward scored 15 goals for Newcastle United and Chelsea in that campaign without setting one up for a team-mate.

The overall record for the most Premier League goals without an assist belongs to Benni McCarthy.

The South African scored 18 goals in 2006/07, but none of his fellow Blackburn Rovers were able to convert any of the 40 chances he created for them.

Most goals in a season with no assist