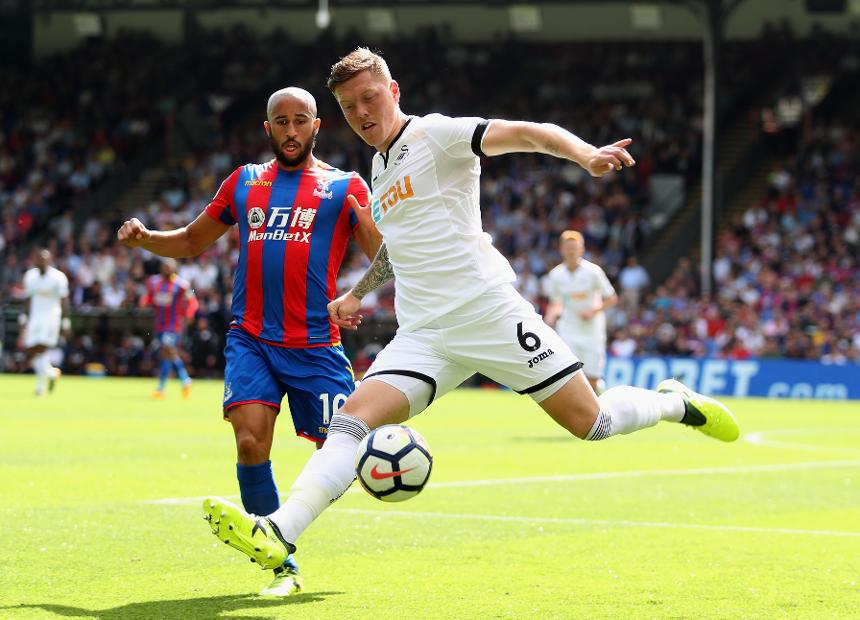 Swansea one of three teams with three home matches left, so Alfie Mawson can provide an end-of-season flourish

Get FPL Draft tips from the experts

The Clash Across the Pond League in Fantasy Premier League Draft can be decided in Gameweek 36.

Back in third, Mark Sutherns has given up on his title dream, but is still chasing Neal for second.

We caught up with Mark ahead the weekend to find him plotting his final moves in the player market.

While there are only three Gameweeks remaining, there are 12 teams with four fixtures still to play.

So Draft managers should focus their moves in the free agent and waiver market on these sides.

They are one of three teams, along with West Ham United and Tottenham Hotspur, who have three home matches to play.

While Spurs and West Ham's key players are likely to have been snapped up, there could be some Swansea targets available who can help drive an end-of-season flourish.

Carlos Carvahal's side are motivated by a relegation battle, and their home fixtures will be crucial.

That begins on Saturday when they host Chelsea, who travel to Liberty Stadium with only one clean sheet from their previous 10 matches.

So I am scanning the attacking options in the Swans ranks. Jordan and Andre Ayew are the primary targets.

But Carvahal's defence should not be overlooked.

Swansea have conceded only five goals over their previous six home matches, a record bettered only by Newcastle United, Manchester United and Spurs.

I swooped for Alfie Mawson in the last round of waivers.

Always a big threat on set-pieces, the centre-back has two goals already. Mawson has also fired 16 shots in the box. Only Jordan Ayew, with 28, and Tammy Abraham, with 33, have had more for Swansea.

Move for Mawson if he is still a free agent, although Mike van der Hoorn or wing-backs Kyle Naughton and Martin Olsson can also make handy acquisitions.

And if Lukasz Fabianski has been overlooked by your rivals, do not hesitate.

Ranked second for saves and save points behind Jack Butland, the goalkeeper can be vital for Swansea and his Draft managers over the final stretch.