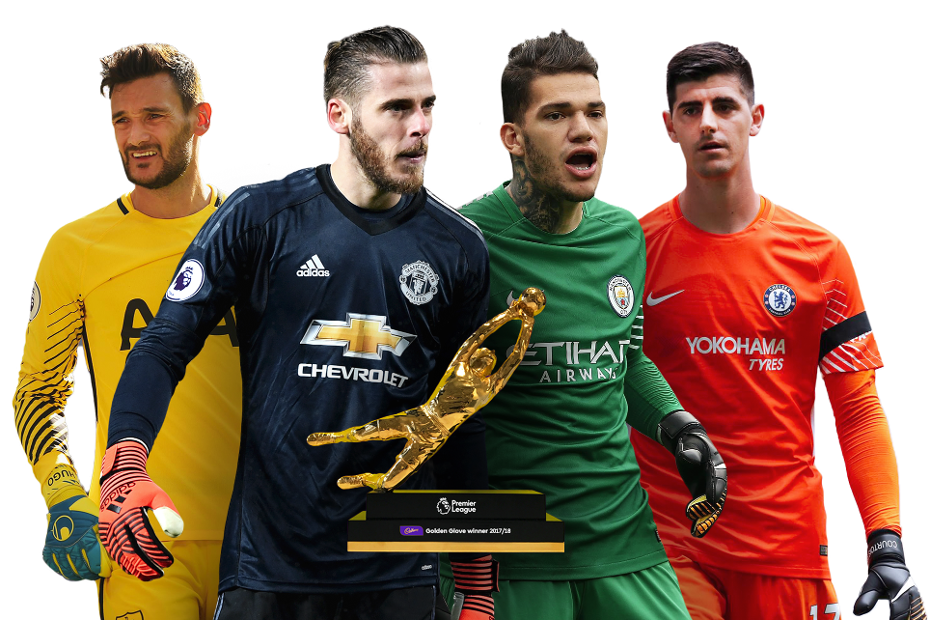 Man Utd goalkeeper can grab at least a share of prize with clean sheet against Arsenal, but can still be caught

De Gea: This has been my best season External Link

Herrera: Why De Gea is the best External Link

David De Gea can get one hand on the Golden Glove when he faces Arsenal this weekend, guaranteeing himself at least a share of the prize for the first time in his Premier League career.

The Manchester United goalkeeper has kept 17 clean sheets this season and another against the Gunners would take him out of the reach of Chelsea's Thibaut Courtois, who has 14 with three matches left, and Hugo Lloris, of Tottenham Hotspur, with 13 clean sheets to go.

However, Ederson is breathing down De Gea’s neck, having recorded his 15th shutout in Manchester City’s 5-0 win over Swansea City.

And the Brazilian will aim to increase the pressure on Sunday.

Ederson and his Man City team-mates visit West Ham United at 14:15 BST, finishing just before De Gea and Man Utd kick off against Arsene Wenger's side at Old Trafford.

Courtois and Lloris are still in the picture but can only claim a share of the award if De Gea fails to keep another clean sheet and they do not concede themselves in any of their remaining matches.