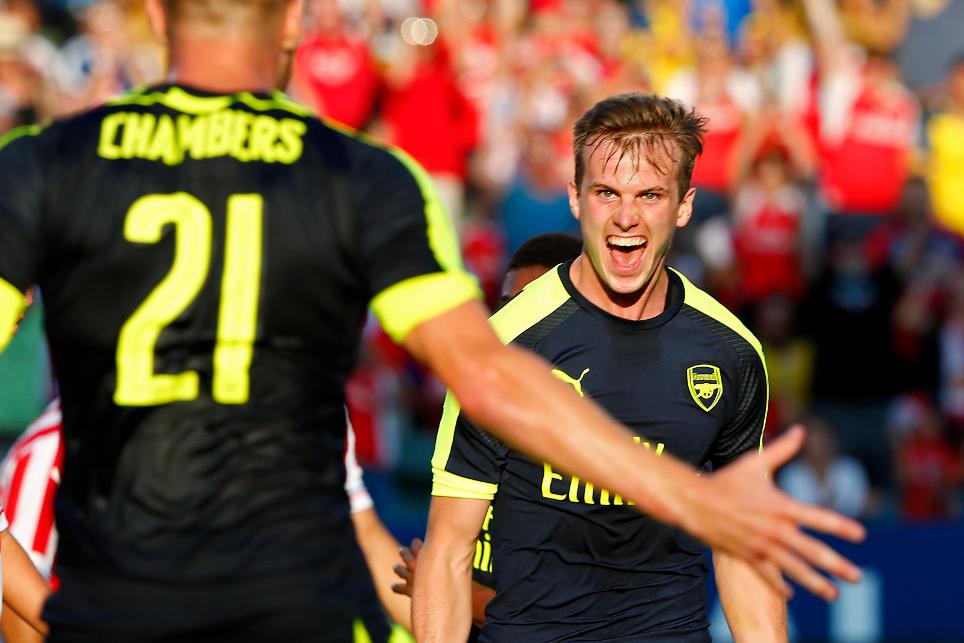 Rob Holding scored his first Arsenal goal as the Gunners ended their pre-season tour of the United States with victory over Chivas de Guadalajara.

Holding, Arsenal's latest summer signing from Bolton Wanderers, opened the scoring in only his second match for the club - the centre-back converting a Calum Chambers knock-down after Santi Cazorla's free-kick.

Alex Oxlade-Chamberlain netted his second pre-season goal after the interval, adding to his chip against RC Lens last month, before Chuba Akpom guided a Mathieu Debuchy cross into the net to complete the scoring for the Premier League side.

A converted penalty denied a clean sheet for Arsenal, who play their penultimate preparation match ahead of the new season against Viking FK in Norway on Friday 5 August. Buy tickets here.