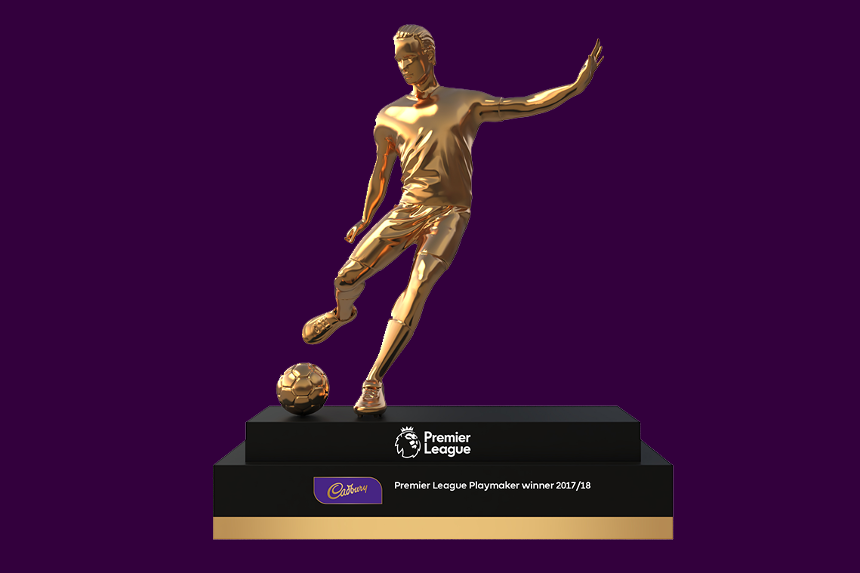 The Premier League has launched a new Playmaker award for the player to have provided the most PL assists in the season, and fans in the United Kingdom can win the chance to present the first one to the winning player.

Cadbury is offering one lucky fan in the UK the chance to hand over the Playmaker award to the winning player at the end of the 2017/18 campaign.

All fans in the UK need to do is go to the official Cadbury UK Facebook page and comment on the post about the award with #Playmaker and their favourite team between 18-24 April 2018 to enter the prize draw. Terms and conditions apply.