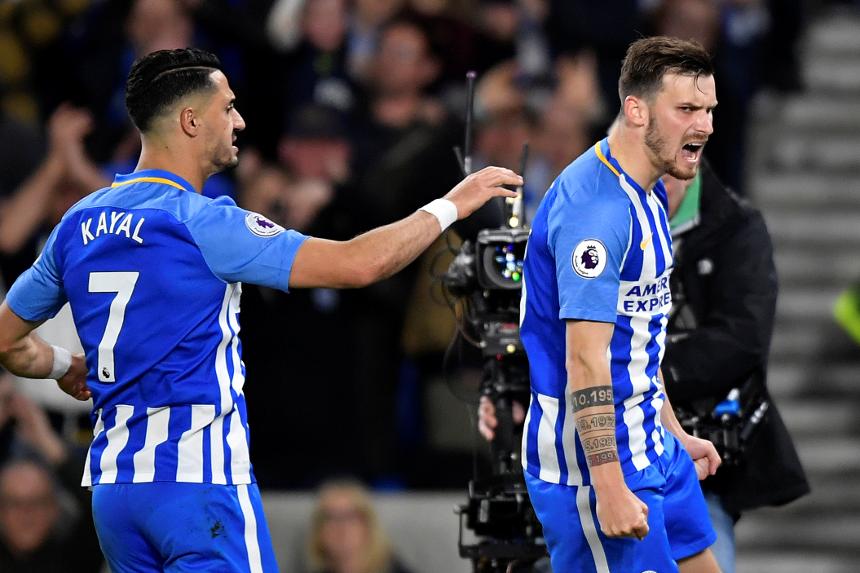 Hughton: We showed character to hit back External Link

Brighton & Hove Albion are eight points clear of the relegation zone after coming from behind to earn a 1-1 draw with Tottenham Hotspur.

Pascal Gross's penalty cancelled out Harry Kane's 26th goal of the season a year to the day that the Seagulls were promoted to the Premier League.

A quiet first half at the Amex Stadium burst into life in added time when Mat Ryan superbly saved from Son Heung-min.

Spurs were ahead three minutes after the break, however, when Son somehow kept the ball in play and teed up Kane.

But just 18 seconds after the restart Jose Izquierdo was fouled by Serge Aurier and Gross's spot-kick had enough power to beat Hugo Lloris.

Brighton stay 13th ahead of their remaining matches against Burnley, both Manchester clubs and Liverpool.

Fourth-placed Spurs are eight points ahead of Chelsea but missed the chance to go level with Liverpool in third.