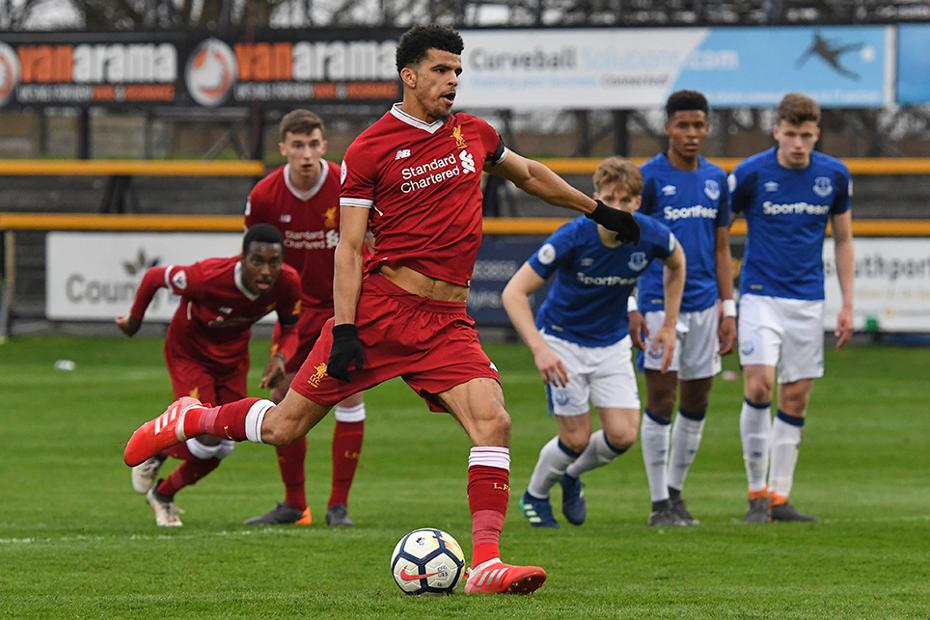 Dominic Solanke (pictured) helped Liverpool keep their Premier League 2 Division 1 title hopes alive ahead of the final Matchweek with a goal in a 3-1 win over Everton at Merseyrail Community Stadium.

The striker put Liverpool in front with a penalty on 22 minutes, after Conor Masterson had been fouled.

Nathaniel Phillips added a third from close range with 19 minutes remaining, before Bassala Sambou's late consolation for the 2016/17 champions.

Liverpool are two points behind leaders Arsenal going into the final round of matches, while third-placed Leicester City are a point further back.

If Arsenal beat West Ham United on 20 April they will be confirmed as champions. Any dropped points would give Liverpool a chance to win the league if they defeat Chelsea in their final fixture.

Defeat for the Gunners and a draw for Liverpool would allow Leicester the opportunity to claim the trophy if they beat Derby County on 23 April, though that is two weeks before Liverpool's match.