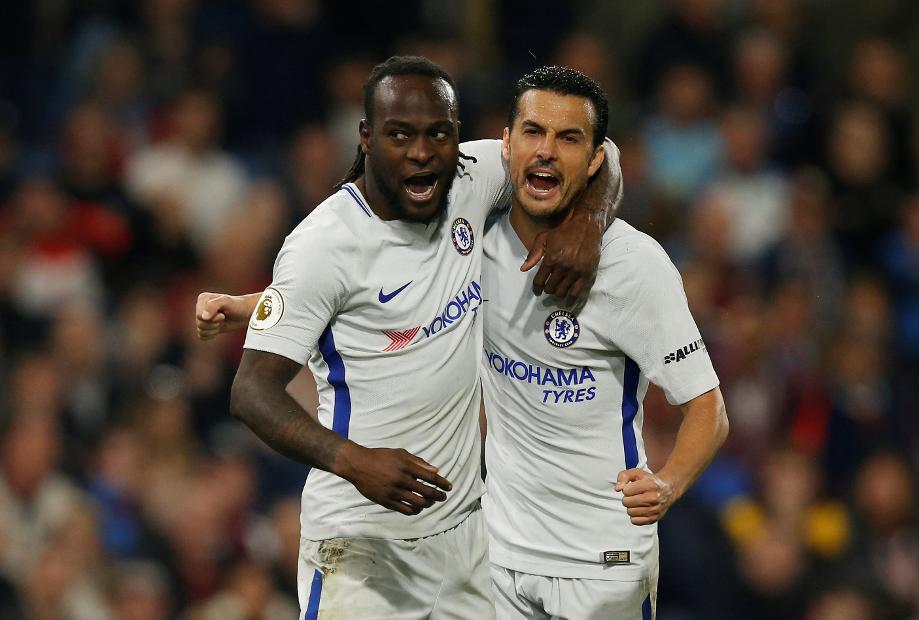 Victor Moses was the hero as Chelsea moved to within five points of the top four with a 2-1 win at Burnley.

Antonio Conte’s team went into a deserved lead on 20 minutes. Moses burst down the right and his cross went in off Kevin Long for an own goal.

Nine minutes after Alvaro Morata had missed a great chance to double the lead, Burnley were level.

Johann Berg Gudmundsson’s 64th-minute shot to the near post was inadvertently deflected in to the other corner by Ashley Barnes.

Chelsea soon restored their lead through Moses. Emerson Palmeri’s cross found the wing-back at the far post and he fired in.

The defeat harmed Burnley’s hopes of moving sixth, above Arsenal, who are two points ahead with a match in hand.