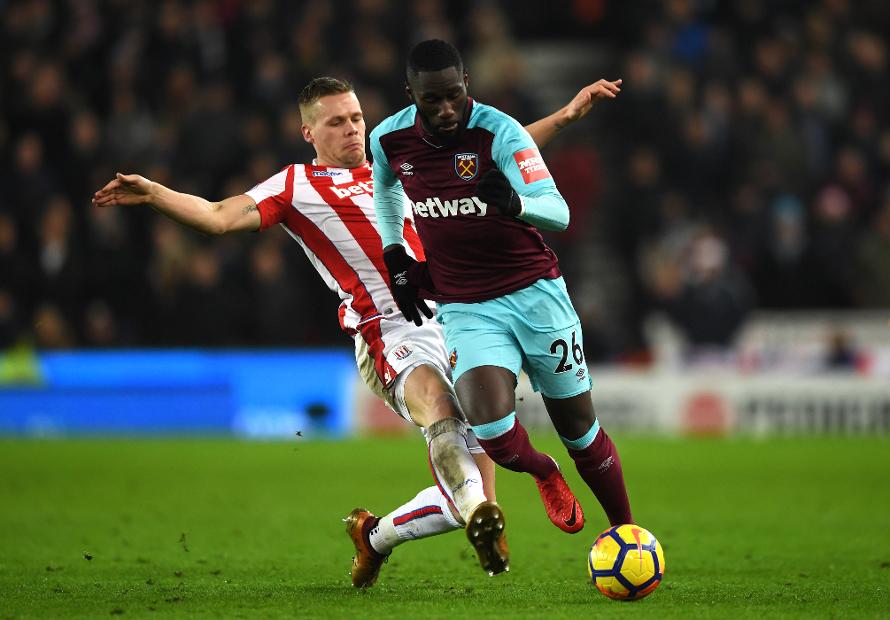 Noble: We need to produce more of the same against Stoke External Link

West Ham United striker Andy Carroll (ankle) could make his first appearance since January, while Manuel Lanzini (knee) and James Collins (hamstring) are also training and will be assessed.

Stoke City's Charlie Adam serves the final match of his suspension but Mark Hughes has no new injury concerns.

West Ham United can secure a second successive Premier League home win for the first time since December 2016, while they could also complete their first league double over Stoke City since the Potters’ first PL campaign in 2008/09.

Marko Arnautovic has been directly involved in 13 PL goals this season, with nine goals and four assists. That is at least five more than any of his West Ham team-mates, while one of his goals came in the reverse fixture against his former club.

The Potters are targeting their first PL victory on a Monday this season, at the fifth attempt (D1 L3).

West Ham: Arnautovic: A win on Monday would be a big step
Stoke City: Martins Indi prepared for final run-in