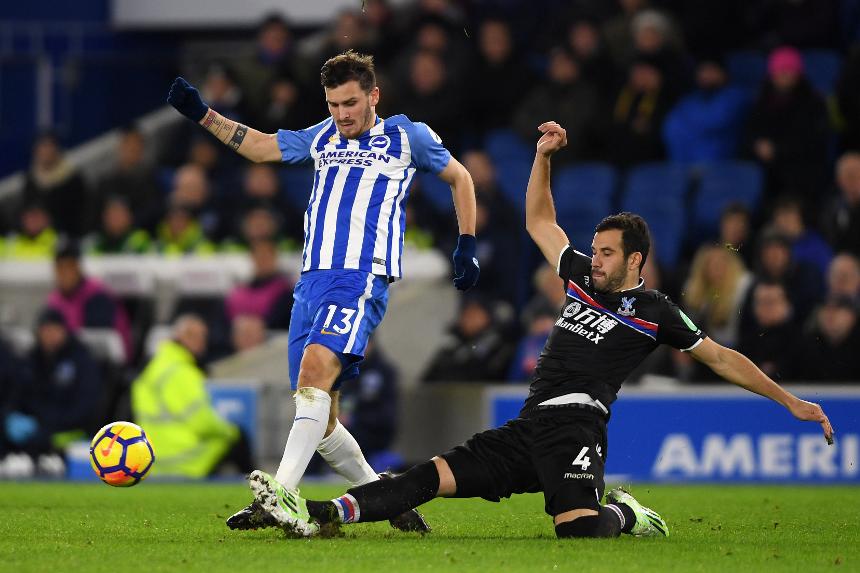 Christian Benteke (groin) and Alexander Sorloth (hamstring) are back in training for Crystal Palace.

Jeffrey Schlupp (ankle) is closing in on a return but remains out, as do Scott Dann (knee), Bakary Sako (ankle) and Jason Puncheon (knee).

Brighton & Hove Albion's Anthony Knockaert is available after a three-match ban, but Davy Propper starts his own three-match suspension.

Luka Milivojevic has scored in his last three PL matches. The only Crystal Palace player to score in more consecutive fixtures is Neil Shipperley, who netted in five in a row between October and December 1997.

Palace have only lost one of their last eight home matches against Brighton in all competitions (W5 D2).

Brighton striker Glenn Murray scored twice for Palace when these sides last met in a league match at Selhurst Park, excluding play-offs. It was a 3-0 Palace win in December 2012.

There has been a red card in Brighton’s last three PL matches, after only one dismissal in their opening 29 league fixtures.