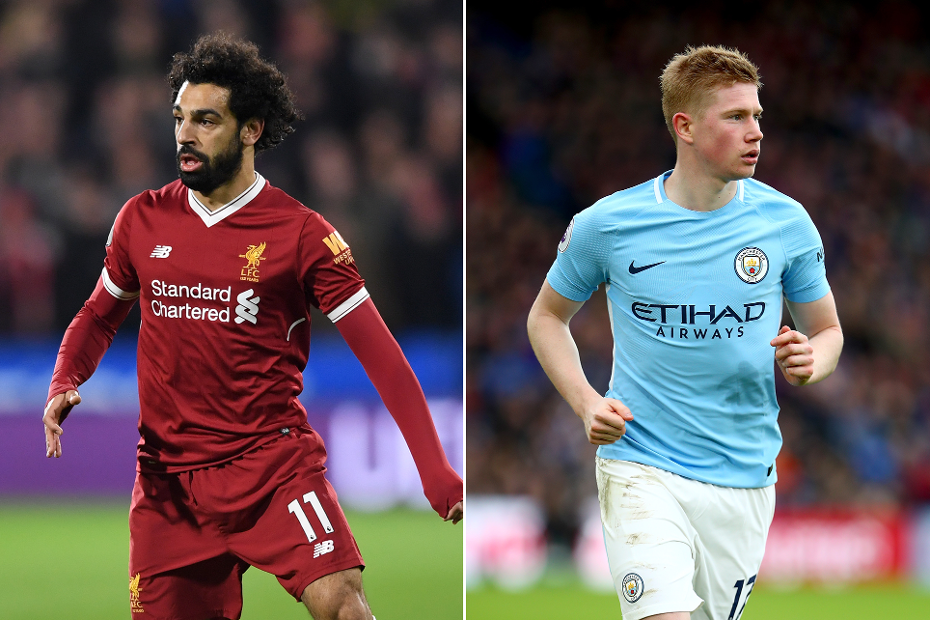 Liverpool and Manchester City meet at Anfield tonight in the first leg of the UEFA Champions League quarter-finals.

It is the first time two Premier League clubs have gone head-to-head in the competition for seven years.

But such duels were once common.

Here we look at the past UEFA Champions League encounters between PL clubs.

After Eidur Gudjohnsen and Robert Pires had each scored at Stamford Bridge, Jose Antonio Reyes put Arsenal ahead at Highbury. But Frank Lampard levelled and Wayne Bridge hit a late winner.

After a stalemate at Stamford Bridge, Liverpool went through thanks to a fourth-minute goal at Anfield as Luis Garcia’s shot just crossed the line.

Defending UCL champions Liverpool were drawn in the same group as Chelsea. Neither match had a goal but both teams qualified with Liverpool topping the group.

With each team winning their home leg 1-0, the tie was decided on penalties. Jose Reina denied both Arjen Robben and Geremi, while Liverpool scored all four of their kicks.

After a 1-1 draw at Emirates Stadium, and goals from Abou Diaby, Sami Hyypia, Fernando Torres and Emmanuel Adebayor left the tie at 3-3 in the 84th minute at Anfield.

But Steven Gerrard scored a penalty and Ryan Babel put Liverpool out of sight.

John Arne Riise's late own goal cancelled out Dirk Kuyt's strike at Anfield. It was 1-1 again after 90 minutes at Stamford Bridge but Chelsea won in extra-time thanks to a penalty from Frank Lampard and Didier Drogba.

Cristiano Ronaldo and Lampard swapped first-half strikes in Moscow to bring about penalty shoot-out. After Ronaldo's effort was saved, John Terry slipped to miss the chance to win the trophy.

Torres scored a sixth-minute opener at Anfield but Chelsea responded with two goals from Branislav Ivanovic and another from Drogba.

Fabio Aurelio and Xabi Alonso put Liverpool 2-0 up at Stamford Bridge but Chelsea hit back three times through Drogba, Alex and Lampard, going 6-3 up on aggregate.

Goals from Lucas Leiva and Kuyt meant Liverpool needed only one more to progress but Lampard had the final word for Chelsea.

After John O'Shea scored the only goal at Old Trafford, Park Ji-Sung and Ronaldo added to United's advantage inside the opening 11 minutes at Emirates Stadium. Ronaldo struck again before a late Robin van Persie consolation.

Wayne Rooney struck as Man Utd won 1-0 at Stamford Bridge before Chicharito made it 2-0 on aggregate at Old Trafford. Park and Drogba traded quickfire goals in the 77th minute as Sir Alex Ferguson's side progressed.