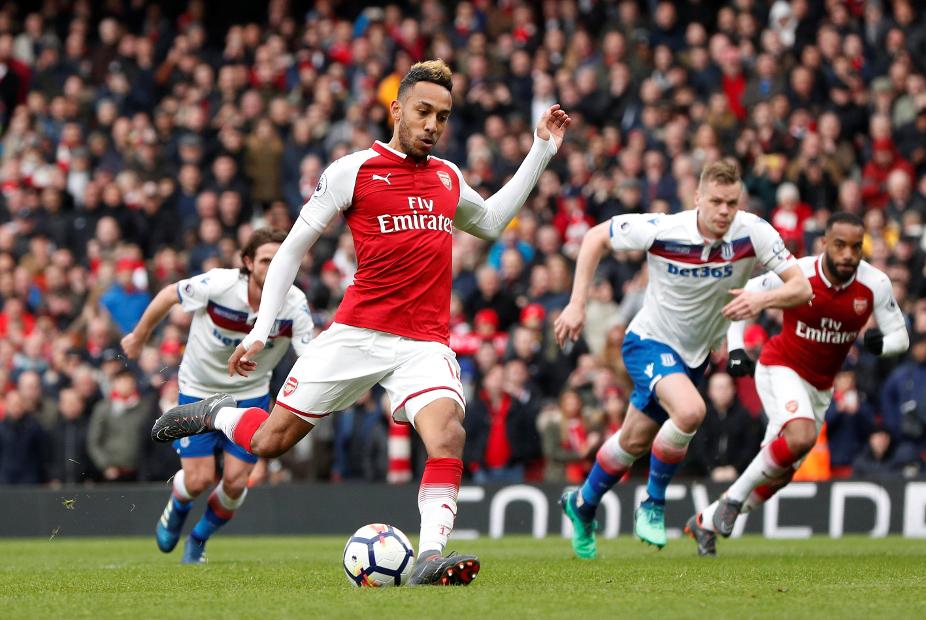 Stoke had impressed until the 75th minute when Mesut Ozil was brought down by Bruno Martins Indi and Aubameyang converted the resultant penalty kick.

Aubameyang then smashed in his second four minutes from time before substitute Alexandre Lacazette marked his return from injury with a successful penalty he had won himself.

The Potters might have got their first PL points away to Arsenal had Xherdan Shaqiri's corner not struck a post and bounced clear.