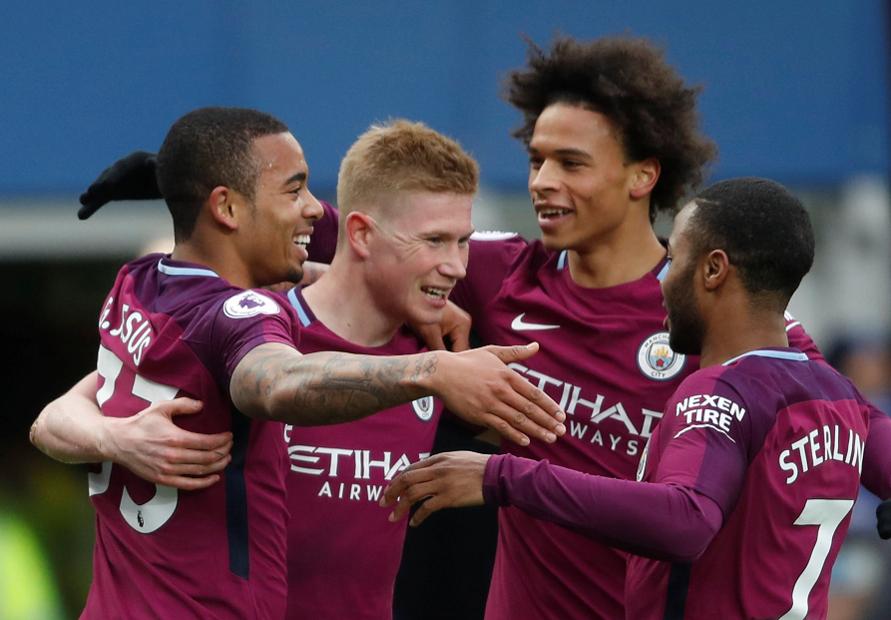 Manchester City moved to within a win of the Premier League title after easing past Everton 3-1 at Goodison Park.

It took less than four minutes for City to go ahead. A trademark passing move culminated in David Silva crossing for Leroy Sane to volley in.

Yannick Bolasie missed a glorious chance to equalise for Everton and, 35 seconds later, City were 2-0 up.

Sane fed Kevin De Bruyne, who centred for Gabriel Jesus to head in.

It was 3-0 on 37 minutes with another breakaway, Silva crossing for Raheem Sterling to finish.

Bolasie’s low shot from distance on 63 minutes was the only blot on another controlled City performance.

The result sends City 16 points clear of Manchester United. They can become champions by winning the Manchester derby at the Etihad Stadium next Saturday.