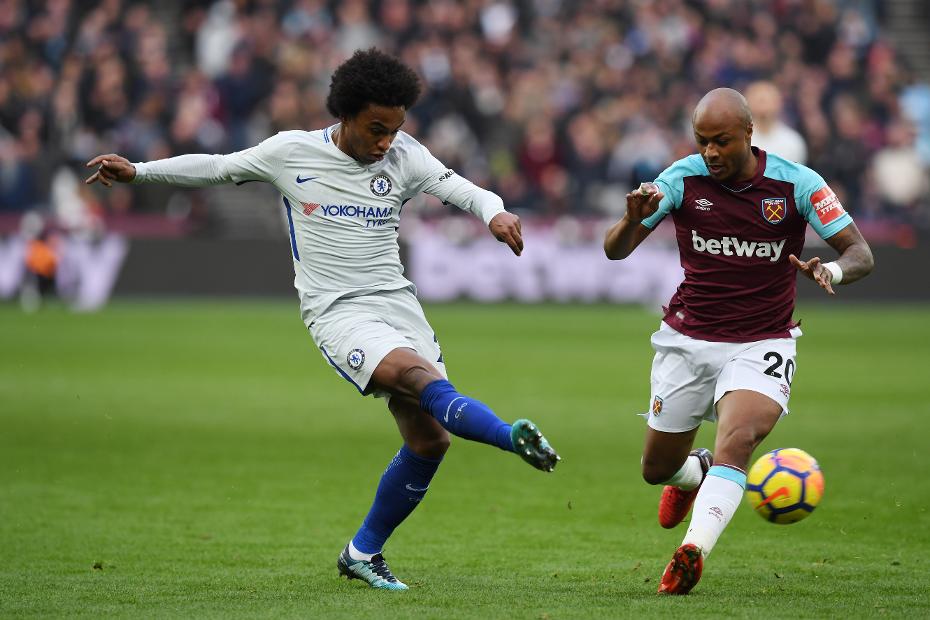 Chelsea are without defenders David Luiz and Ethan Ampadu (both ankle).

Goalkeeper Thibaut Courtois (hamstring) and Pedro could return having missed the defeat by Tottenham Hotspur.

West Ham United's Michail Antonio is out for the season as he is set to have an operation on a hamstring.

Manuel Lanzini (knee) is back in training but remains a big doubt.

Chelsea are unbeaten in 11 home Premier League matches against West Ham, since a 2-3 defeat in September 2002.

Alvaro Morata has scored in his last two matches for Chelsea in all competitions; he's not yet scored in three in a row for the Blues.

Marko Arnautovic, who scored West Ham's winner in the reverse fixture, has scored nine PL goals this season. The last West Ham player to reach double figures in the competition was Diafra Sakho with 10 in 2014/15.

West Ham last did the league double over Chelsea in the 2002/03 campaign, a season in which they were relegated.