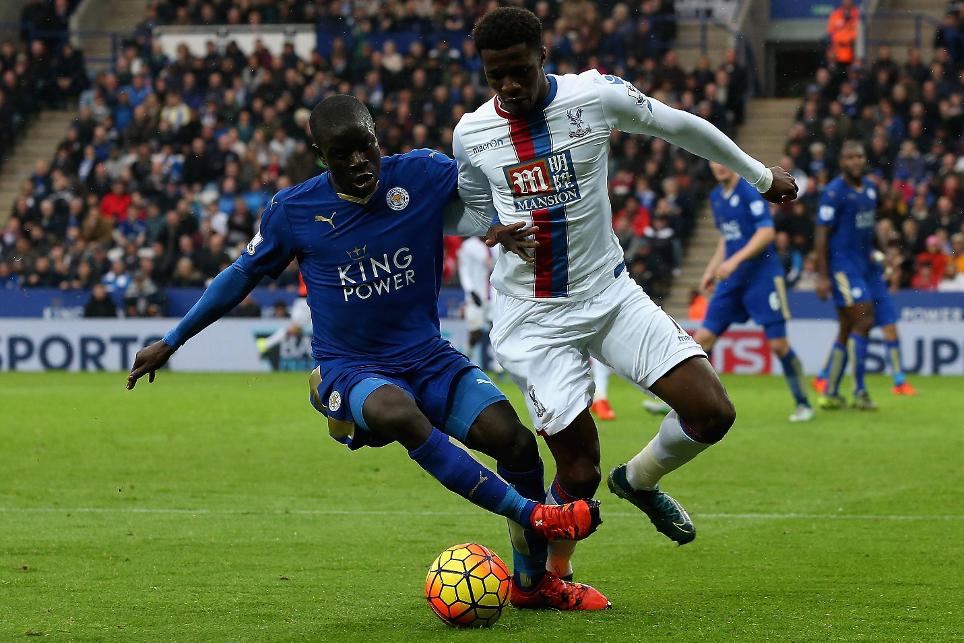 Conte must shore up Chelsea defence
Conte: I hope Chelsea can be an inferno
Chelsea sign Kante from Leicester

When looking at Chelsea’s prospects for the 2016/17 Premier League season, Adrian Clarke identified an improvement in the club’s defensive record as one of Antonio Conte’s priorities.

Chelsea conceded 30 goals at home last season and Clarke identified one reason was because opponents targeted Cesc Fabregas as a weak link in the midfield without the ball.

Fabregas, Clarke said, “needs to be paired with one or two powerful team-mates who can cover his back. A new all-action box-to-box midfield man would give them more legs.”

That man is N’Golo Kante, whom Chelsea signed from Leicester City on Saturday.

After helping Caen to promotion to Ligue 1 and impressing in his first full top-flight season, Leicester snapped up the Frenchman last summer and the diminutive midfielder was a key man in the Foxes' unlikely rise to champions.

As well as leading the way in tackles made in the 2015/16 Premier League, Kante’s speed and power enabled him to top the rankings for interceptions, too

Claudio Ranieri was soon impressed by the player’s energy in training after they both joined Leicester last summer.

“This player Kante, he was running so hard that I thought he must have a pack full of batteries hidden in his shorts,” the Leicester manager told The Players’ Tribune.

“He never stopped running in training. I tell him, ‘One day, I’m going to see you cross the ball, and then finish the cross with a header yourself.’ He’s unbelievable.”

"It's important to have players who are ready to fight"

In his first press conference this week as Chelsea's new head coach, Conte, spoke of the importance that his team show fighting spirit, much like Leicester did in 2015/16.

"We must think to the present to work very hard every day, every week, every month to be something important for the fans," the Italian said. "It's important to have players who are ready to fight.

“Leicester have given a great lesson because you can have the best talent but you must also have great spirit and a team with good organisation.”

Conte has taken a leaf from the Leicester book by buying from them the player who epitomised that hard work and spirit.