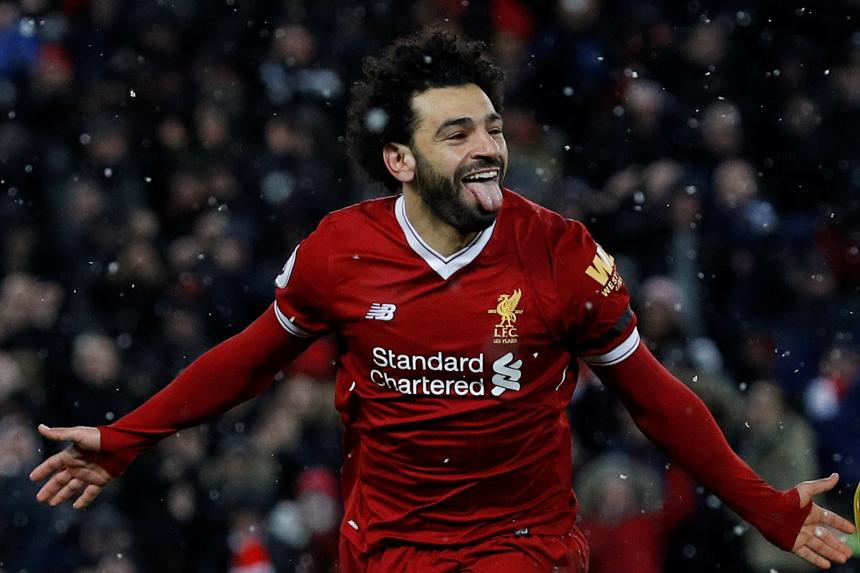 Salah: I couldn't do it without my teammates External Link

Mohamed Salah struck four times to pull clear in the race for the Premier League Golden Boot as Liverpool eased past Watford 5-0 at Anfield.

The Egyptian put Liverpool ahead after only four minutes, dribbling past Miguel Britos to slot home.

His second came from Andrew Robertson's cross, which was converted at the far post.

Watford's hopes of a comeback after the break were hit when Roberto Firmino flicked in Salah's cross on 49 minutes.

Salah's first Premier League hat-trick came when he twisted this way and that before poking home on 77 minutes.

He then followed up Danny Ings' saved shot to move to 28 goals for the season, four ahead of Harry Kane.