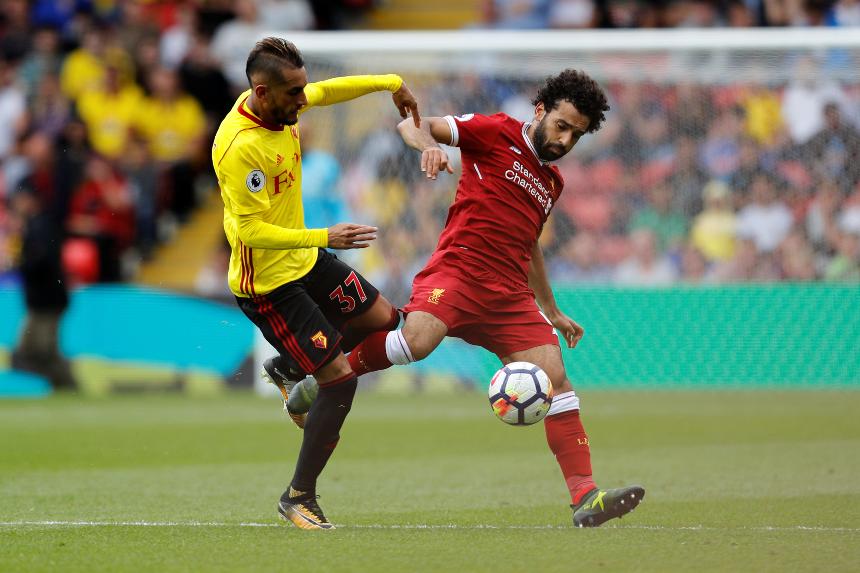 Liverpool's only absentee is Ben Woodburn, who is still suffering from the effects of being ill in the past week.

Craig Cathcart is back in contention for Watford after a knee injury. Goalkeeper Heurelho Gomes also returns having missed the defeat at Arsenal.

Liverpool, who lost at Manchester United last weekend, have never been defeated in consecutive PL matches under Jurgen Klopp. They last did so in September 2015 under Brendan Rodgers.

Mohamed Salah has been directly involved in 47.1 per cent of Liverpool's 68 PL goals this season (24 goals, 8 assists); the highest ratio in the league.

There has never been a goalless draw between these sides in the top flight, with 72 goals scored in the 21 previous meetings at an average of 3.4 per match.

Eight of Watford’s nine PL goals in 2018 have been scored after half-time, with seven of those being scored in the final 15 minutes.

Liverpool: Klopp: Man Utd anger can help us
Watford: Gracia: This is our challenge