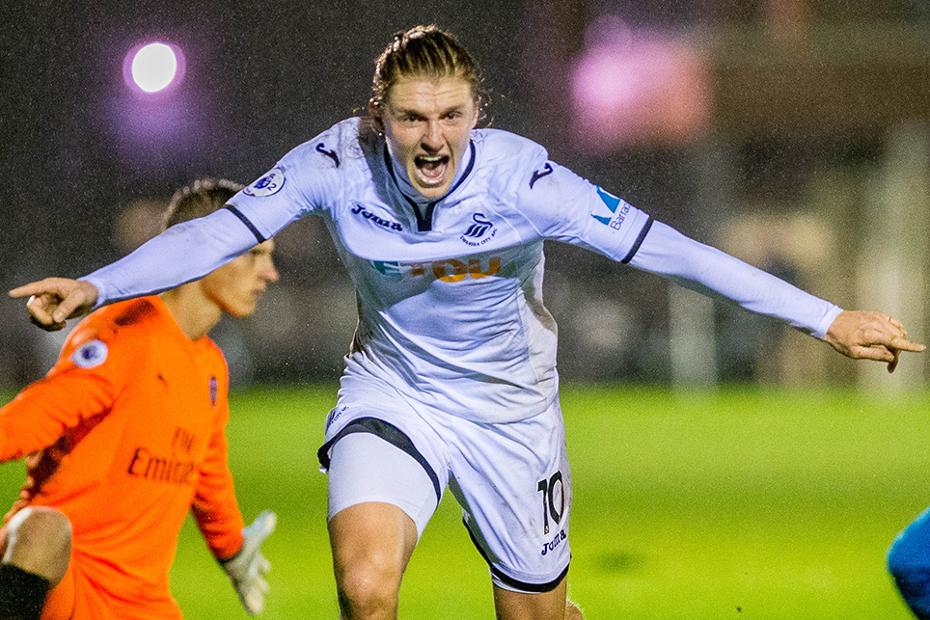 Swansea City denied Leicester City the chance to move six points clear at the top of Premier League 2 Division 1, and in turn put themselves within touching distance of the leaders, with a 3-1 victory.

George Byers (pictured) put the Swans ahead in the 31st minute and Kenji Gorre doubled the lead in first-half stoppage time.

Gorre set up Byers for Swansea's third in the 70th minute, before Sam Hughes replied for the Foxes.

With two minutes remaining Mael Davies was shown a straight red card for the hosts.

Leicester are three points clear of second-placed Liverpool, having played one more match.

Arsenal are a point and a place further back, with two matches in hand on the leaders, while Swansea, in fourth, are five points behind the Foxes with one match more to play than Leicester.