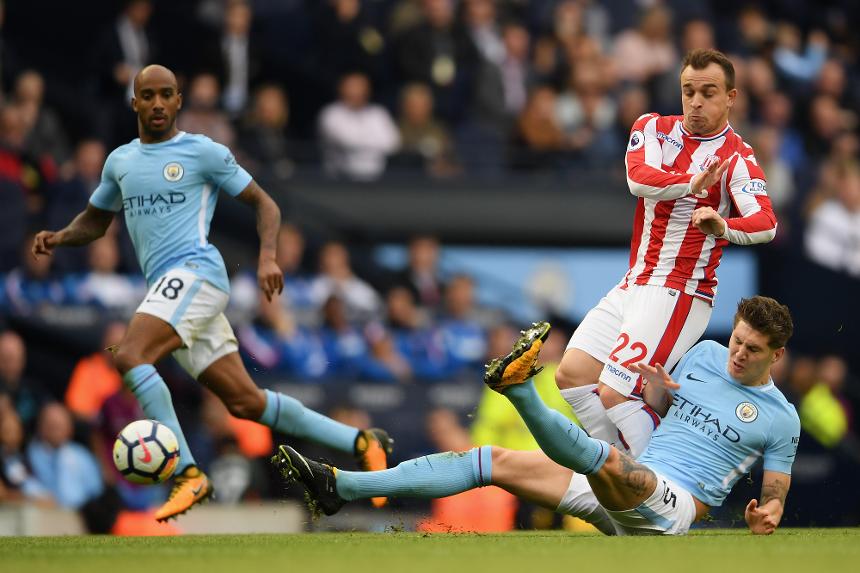 Sergio Aguero is ruled out for Manchester City's trip to bet365 Stadium on Monday. He suffered a knee injury in training this weekend.

Fernandinho, Raheem Sterling (both hamstring) and Fabian Delph (muscular) could be in contention for Monday's match.

Benjamin Mendy (knee) is back in training but still not match fit.

Stoke City will be without Mame Biram Diouf after the striker suffered a shoulder injury against Southampton last weekend.

Stoke City have kept a clean sheet in three of their last seven PL matches against Manchester City but they have conceded 19 goals across the other four, including seven in October’s reverse fixture.

David Silva has nine PL assists this season, with only Kevin De Bruyne (14) and Leroy Sane (11) providing more. If Silva gets another one, Man City will become only the third team to have three players in double figures for assists in a PL campaign, after Liverpool in 1995/96 and Arsenal in 2004/05.