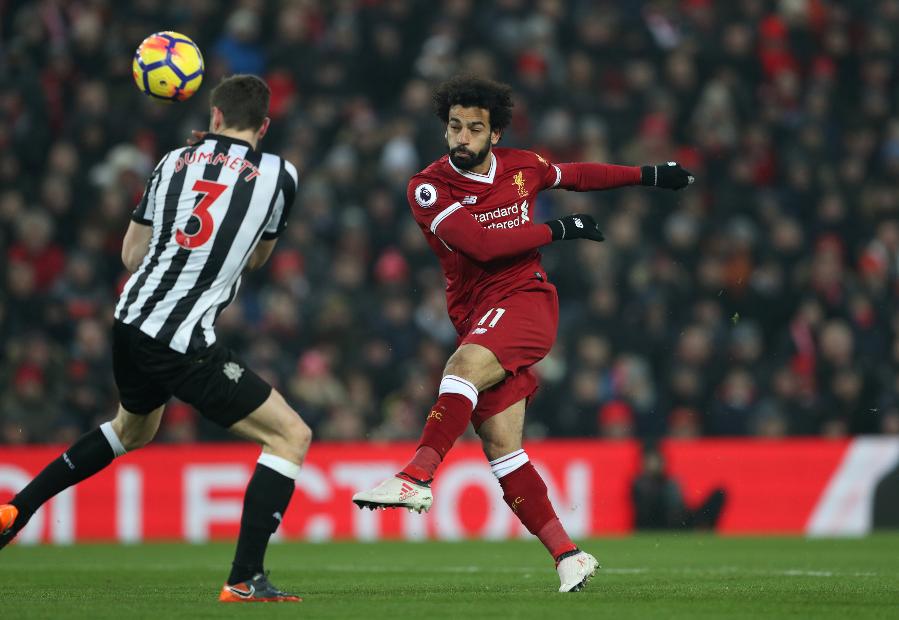 A familiar trio of attackers combined to clinch victory for Liverpool against Newcastle United but it was their defensive players who came out on top for Fantasy Premier League bonus points.

But all three missed out on extra points, to the frustration of millions of FPL managers.

This was to prove a disappointment for the 1.5million managers, or 26.8 per cent of the entire game, who captained Salah.

Why Salah missed out

But it is not the first time that the Egyptian has failed to add bonus points to his weekly tally.

While he has scored in nine of his last 11 appearances, he has been awarded bonus only four times in that run, collecting the maximum three only once.

The reason lies within the Bonus Points System (BPS), which decides how the bonus points are allocated in a match.

Salah can suffer penalties in the BPS for shots off target and for missing big chances.

On Saturday, he fired a single shot off target and was tackled three times to lose ground in the BPS.

But Salah ultimately missed out because he could not gather enough BPS points to add to his goal.

He scored 26 in total, three behind Lovren and nine behind Alexander-Arnold.

For the second Gameweek in succession, Salah's failure to earn BPS for pass completion proved costly.

He attempted only 26 passes, completing 69.3 per cent.

Mane achieved this, succeeding with 82.9 per cent of his 41 attempted passes. But he also fell short, scoring only 26 to trail the three defensive players.

It was Alexander-Arnold's tackling, along with his attacking contribution, which helped him come out on top.

He totalled 35 in the BPS thanks to four net tackles (all successful tackles minus lost tackles). That earned him eight BPS, while two open-play crosses won him two BPS.

Lovren benefited from completing 91 per cent of his 102 pass attempts.

FPL managers need to be aware that when Liverpool's defence keep a clean sheet and make such contributions, Salah and his attacking team-mates must do more than provide goals and assists to earn bonus points.