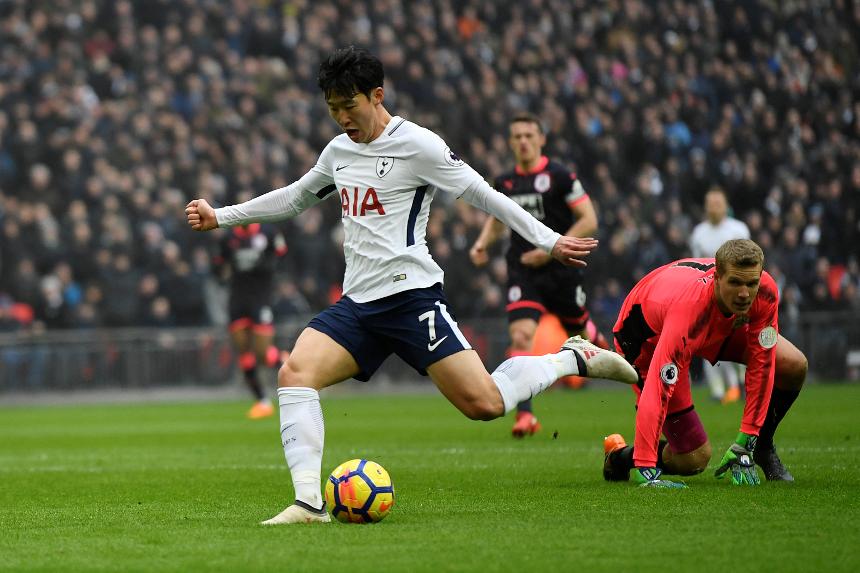 Heung-Min Son: 'The ball came to my head rather than me heading it!' External Link

The Gameweek 29 performance of Son Heung-min (£8.0m) has turned the Fantasy Premier League market on its head.

The 16 points Son claimed equalled his best tally of the campaign and it has inspired an instant reaction from FPL managers.

Over 36,000 have signed the South Korean since Saturday's deadline, making him the second-most popular target behind Manchester City midfielder Leroy Sane (£8.5m).

It represents a major turnaround in fortunes for Son.

Before Saturday's match, more than 80,000 managers had sold him.

Those sales had followed a run of five Gameweeks without a goal or an assist, causing his ownership to fall by more than 207,000.

The fit-again Erik Lamela (£6.3m) also appeared to be a threat to Son's starting role.

The Argentinian had replaced him on the teamsheet at Crystal Palace in Gameweek 28.

But Son's form at Wembley Stadium was a likely factor in Mauricio Pochettino's decision to recall him against Huddersfield Town.

The two goals on Saturday took him to nine from his last 11 starts in home matches.

Afterwards, they have an FA Cup quarter-final with Swansea City.

This has meant their Gameweek 31 home match with Newcastle United has been postponed.

That dents Son's appeal in the short term, but he still looks certain to be a prime target for the run-in.

The Newcastle fixture is yet to be rescheduled, but could drop into Gameweek 34, when Spurs host Manchester City.