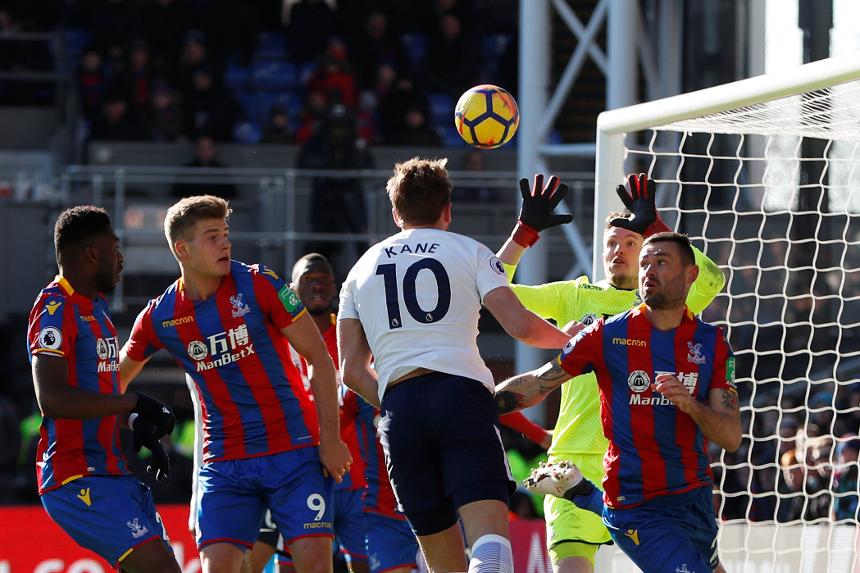 It looked as if Wayne Hennessey's saves and poor finishing from Spurs would bring a goalless draw.

But Kane headed in Christian Eriksen’s corner in the 88th minute.

Spurs had dominated at Selhurst Park.

Hennessey saved after 10 minutes from Kane, who skewed a good chance wide early in the second half, too.

Serge Aurier missed the easiest chance late on when getting Ben Davies’s cross stuck under his feet in front of an open goal.

But Kane struck to spare Spurs their blushes.

Spurs go fourth, above Chelsea after their defeat by Manchester United.

Palace are 17th, only out of the bottom three on goal difference.