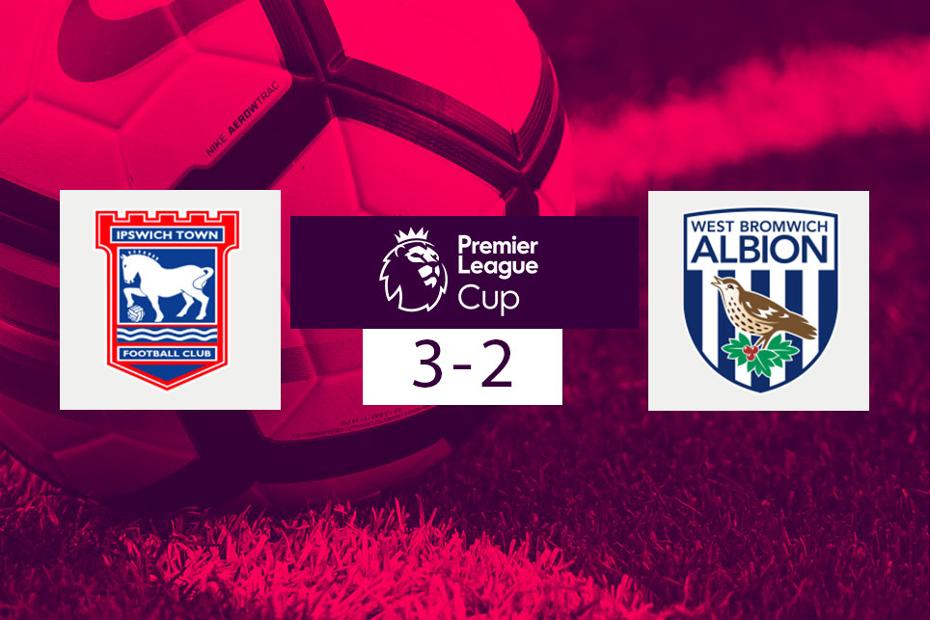 Ipswich Town kept alive their slim hopes of reaching the last 16 with a 3-2 win over bottom-placed West Bromwich Albion.

All five goals at Portman Road came in the second half, the first almost immediately from the restart from Aaron Drinan for the hosts.

On 53 minutes, Ipswich's Sam Goteni was sent off for a foul in the area on Sam Field, who equalised from the penalty spot.

Ipswich gave the Baggies no time to recover for a third time when Drinan won it with his second in the 90th minute.

The Tractor Boys stay third on goal difference and need Sheffield United to lose heavily in their final match against leaders Aston Villa, which has been postponed to a later date.