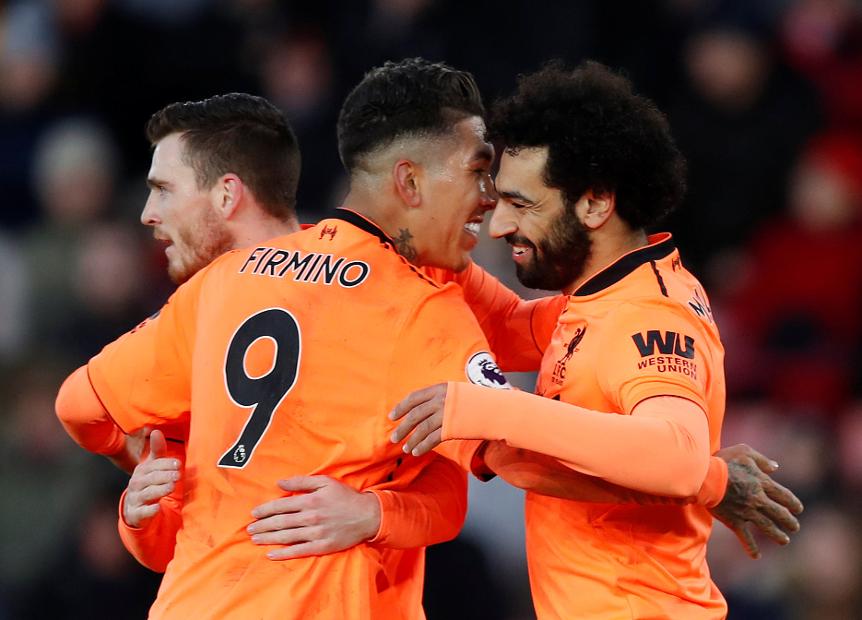 Van Dijk: I know how difficult Saints are - so it was a good day External Link

Liverpool eased past Southampton 2-0 to close to within two points of Manchester United in second.

The visiting team at St Mary’s led after just six minutes when Wesley Hoedt was unable to stop a ball down the channel and Mohamed Salah squared for Roberto Firmino to score.

Southampton responded well with Loris Karius frequently called into action in the Reds goal, but Liverpool went into the break 2-0 up thanks to Firmino’s skill.

His backheel on the edge of the area played in Salah to finish comfortably.

Liverpool eased off in the second half but still threatened more than Southampton, for whom the defeat and other results on Sunday mean they finish the weekend in the relegation zone.