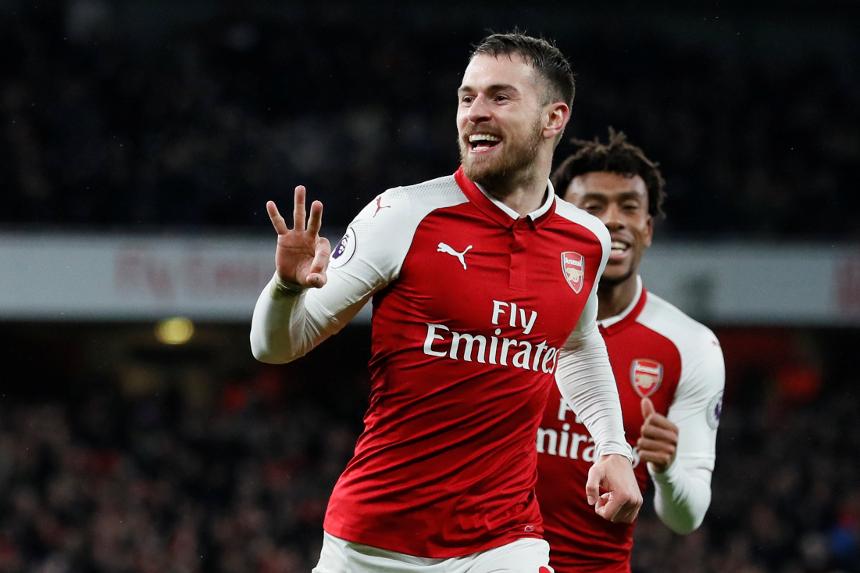 'It's one of those moments to remember' External Link

The Gunners midfielder put the home side ahead on six minutes before Laurent Koscielny stooped to head home the second eight minutes later.

Ramsey made the score 3-0 with a deflected shot from the edge of the area while January signing Pierre-Emerick Aubameyang, making his Arsenal debut, chipped over Jordan Pickford on 37 minutes.

Everton, 4-0 down at half-time for the first time in the Premier League, responded after the break and after Oumar Niasse hit the post, they pulled a goal back through Dominic Calvert-Lewin's header.

Henrikh Mkhitaryan's third assist set up Ramsey's hat-trick goal with 16 minutes to go as Arsenal moved to within three points of fifth-placed Tottenham Hotspur, while Everton slip to 10th.