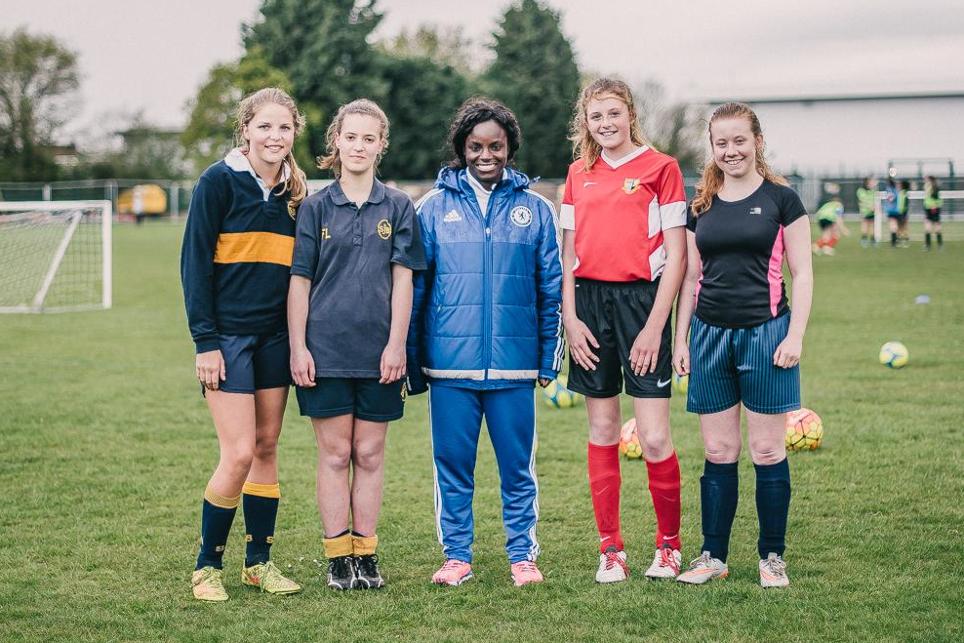 Chelsea and England Ladies forward Eni Aluko saw how the Premier League and its clubs are helping nurture the women's game when she attended a coaching session in Woking recently.

The 29-year-old, currently in her second spell with the Blues, joined the participants for part of the Chelsea Foundation's Premier League Girls programme at St John the Baptist RC School and also enjoyed a Q&A session with the girls.

"The girls are clearly having a great time and what is important is allowing everyone to play, regardless of ability," she told chelseafc.com. "From that point talent will come through but when I was younger there wasn’t this sort of opportunity and I am proud to see not only my club but others dedicating resource to girls football.

"It's great to see so many girls here, playing week in week out, training developing themselves and I think the future of women's football is pretty bright."

BBC Match of the Day cameras were on hand to film the session for the regular Premier League Community Feature and they also caught up with Megan Smith, who initially started as a volunteer but is now a Foundation coach.

"The best thing about coaching young girls is that they are so passionate about it," she said. "They have got such a love of the game that if we capture it now, especially at 14 plus, we can continue that and it's an opportunity for us to grasp them and let them develop as individuals."

To find out more about Aluko's visit to Woking, click here >>